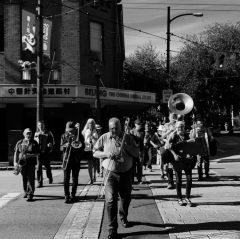 Since 1980, Carnegie Community Centre has provided social, recreational, educational, and cultural programs to the residents of Vancouver’s Downtown Eastside, the poorest postal code in Canada. The Centre is comprised of the historic 1903 building at Main and Hastings and the field house at Oppenheimer Park, often called the Living Room and the Backyard of the Downtown Eastside. Both sites are open every day of the year and offer accessible, grassroots programs and services free of charge. The Centre also engages with other groups and organizations in the neighbourhood to address current issues, particularly through arts and cultural projects.

As the Arts & Education Programmer at Carnegie, Rika Uto helps to develop and coordinate ongoing programs, large-scale events and projects, and community-based activities that prioritize low-barrier access and social engagement. Ms. Uto is also an avid supporter of the creative music community in Vancouver. 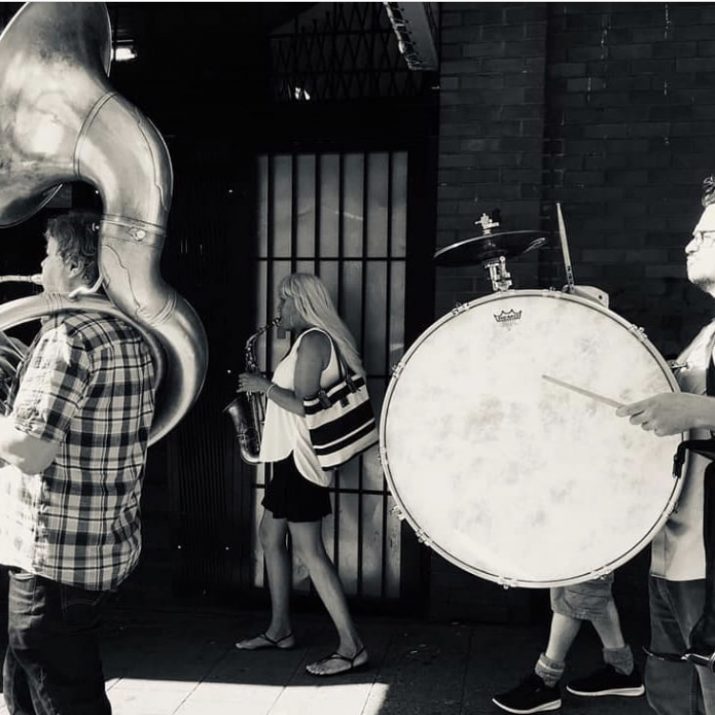 When I approached her in her position at Carnegie on behalf of the International Institute for Critical Studies in Improvisation (IICSI), Ms. Uto explained that she was interested in building connections between folks who make use of the Centre and 8East.  8East is a nearby performance space operated by the New Orchestra Workshop (NOW) Society, a preeminent west coast creative music institution over 40 years old that partners with UNIT/PITT Society for Art & Critical Awareness projects. 8EAST has become an important centre for creative presentation in Vancouver since opening its doors in 2018, providing opportunities for community gathering as well as  presenting concerts, talks, readings, and workshops. The space is accessible in very intentional ways, making it a natural option for folks who make use of the services offered at Carnegie.

After a lot of discussion around what needs we could address together, we decided that we could build a connection between Carnegie and 8EAST by presenting a pair of concerts involving musicians connected to both organisations, one in each location. We spoke with Lisa Cay Miller, managing artistic director of the NOW Society, and Carnegie Jazz Band director Brad Muirhead about the concept and both were overwhelmingly supportive and full of ideas.

Discussion with Lisa, Brad, Rika, and I gradually saw our initial plan distilled down to a single, multi-venue event. A short concert at Carnegie would precede another at 8EAST and we would play and dance our way south along Main Street from the Carnegie Centre and then along Pender to the second venue at 8 Pender Avenue East. In this way, we would connect the two concert events with a quick burst of street party for the community at large, literally walking a group of musicians and other community members from Carnegie to 8EAST, and provoking our share of wide-eyed smiles along the way.

We set to work contacting musicians, organising gear, and ironing out myriad details before finally gathering together at the Carnegie Centre mid-afternoon on July 20th, 2019. The first part of the event was a sort of introduction. After Beverly Walker, program coordinator at Carnegie, made a land acknowledgement, the Carnegie Jazz Band played a 30-minute set joined by seminal west coast bassist, Clyde Reed. Band members for this event were Edward Dardis on accordion, John Duncan on tenor saxophone, director Brad Muirhead on bass trombone, James Pelehos on trombone, Gerry Teahan on piano, Michael Vles on flute, Gary Wildeman on drums, and Natasha Zrno on clarinet

The band program consists of open-learning drop-in sessions. Each week, Brad Muirhead leads whoever is in attendance through exercises that develop instrumental facility, harmonic understanding, and improvisational skills while also helping the group to learn jazz repertoire. Over the last ten years or so, a regular core group has formed that facilitates playing jazz tunes in a way that is inclusive of both beginners and more experienced musicians, including casual and even one-time attendees. Muirhead is very much at home leading a group of musicians through a set of well-arranged music, casually collecting those who get left behind once in a while and welcoming them back into the music in the most relaxed way.

The second half of the Carnegie event was an extended group improvisation organised by Lisa Cay Miller featuring Nikki Carter on alto saxophone, Ralph Eppel on trombone, Marina Hasselberg on cello, Vivaine Houle on voice, Geling Jiang on pipa, Lisa on piano, Brad Muirhead on bass trombone, Clyde Reed on bass, and myself on drums and percussion. Marina, Viviane, and Geling began as a trio before Lisa extended staggered invitations to the remaining players, a few at a time, to join in.

Having finished up at Carnegie, we prepared to make our way around the corner to 8EAST. Brad Muirhead traded his bass trombone for a sousaphone, Gary Wildeman donned a marching snare drum and cymbals contraption, and I threw on a marching bass drum. We regrouped at the corner of Main and Hastings with all who could dance and play at once and started in on Louis Moholo Moholo’s “You Ain’t Gonna Know Me ‘Cause You Think You Know Me” as we began walking south, Muirhead’s sousaphone lines holding it all down.

Our short walk around the corner to 8EAST was a major highlight for me. The band spread out considerably, but the core rhythm section mentioned above stayed together along with Nikki Carter. Nikki is an endlessly inventive alto player, and the lines she weaved in and around our groove were playful, joyous, and inspiring. The folks we passed on the street were happily surprised. There is something so special about playing big, bright, beautiful music in unexpected places, cheerfully shocking people out of their routines and making room for real connection, however momentary. This was especially true when a bus stopped right beside us and its passengers emptied out right into the middle of the band. Glorious.

Arriving at 8EAST, we quickly set up for the third part of our event and settled in to a heartfelt and moving welcome offered by artist and activist, Audrey Siegl (sχɬemtəna:t), a member of the Musqueam First Nation. Ms. Siegl spoke at length about the Downtown East Side of Vancouver where we were gathered. She welcomed us as members of a community of colonisers and colonised charged with bearing witness to the extreme poverty that is so very evident on these streets and in these parks, and to the many crises that continue to disproportionately affect large numbers of indigenous people living and dying here. She courageously shared stories of her personal experiences, spoke of the healing possible by coming together around creativity, and sang beautifully.

Grounded and deeply touched by her openness and honesty, I thanked Audrey and asked her to select the first of the many “Temporary Ensembles” that would perform for the final segment of our day of music. A series of small ensembles began playing short pieces of improvised music, their make-up decided by drawing names from a hat as we went. Having played separately to begin the event, the musicians representing the Carnegie Jazz Band and the NOW Society were now just a big pile of musical adventurers, searching for something new in community with one another, professional and amateur alike.

We finished the day with a meal. We shared food, drink, space, time, and stories. We packed up, and we went on our way.

The Carnegie meets 8EAST event was overwhelmingly successful. Everyone I spoke with had only positive things to say about their experience and I feel very much the same way. I hope that this can continue as a semi-regular happening. It was a great pleasure to work with such generous and genuinely invested people to make this happen. It was among the highlights of the two years I spent in Vancouver and I’m very thankful to all of those who helped make it happen. 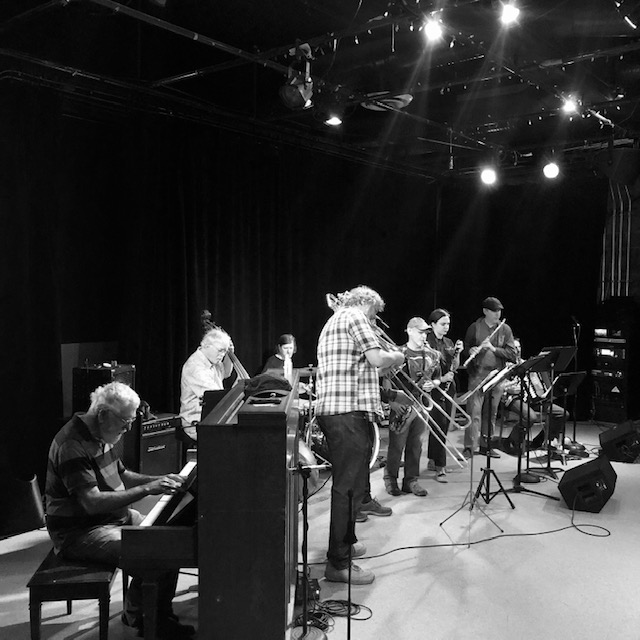 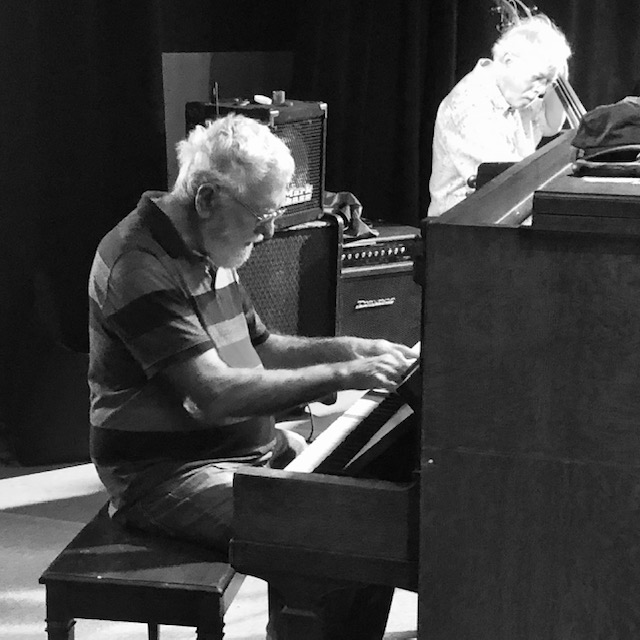 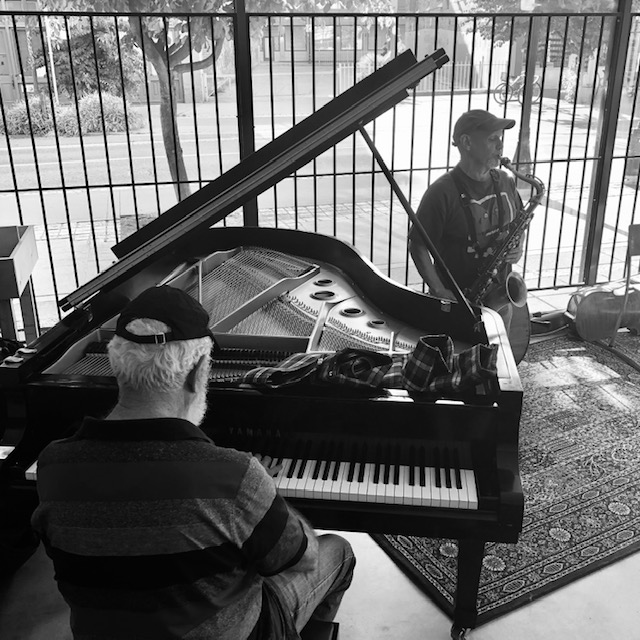 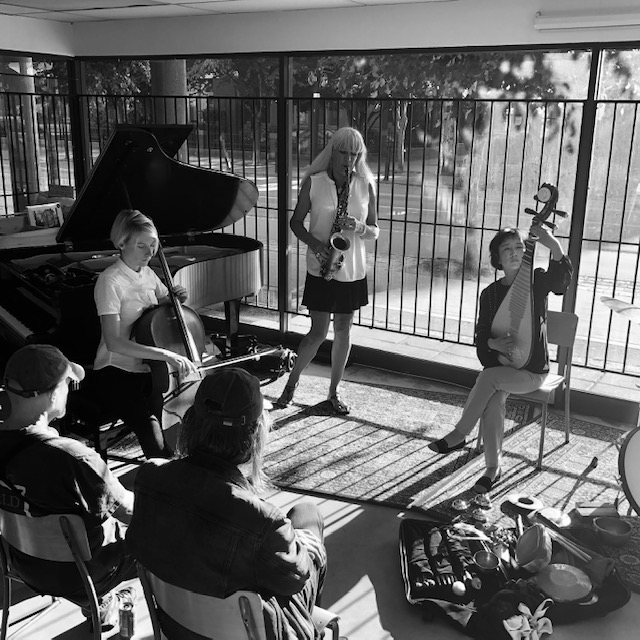 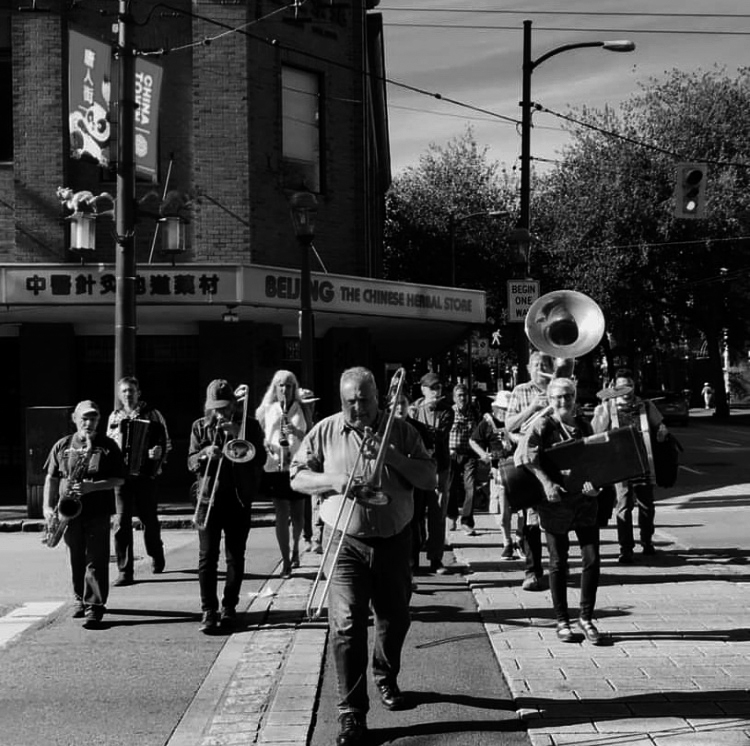 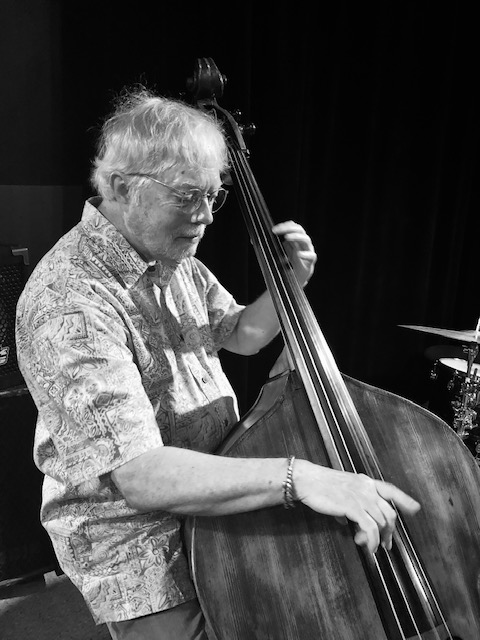 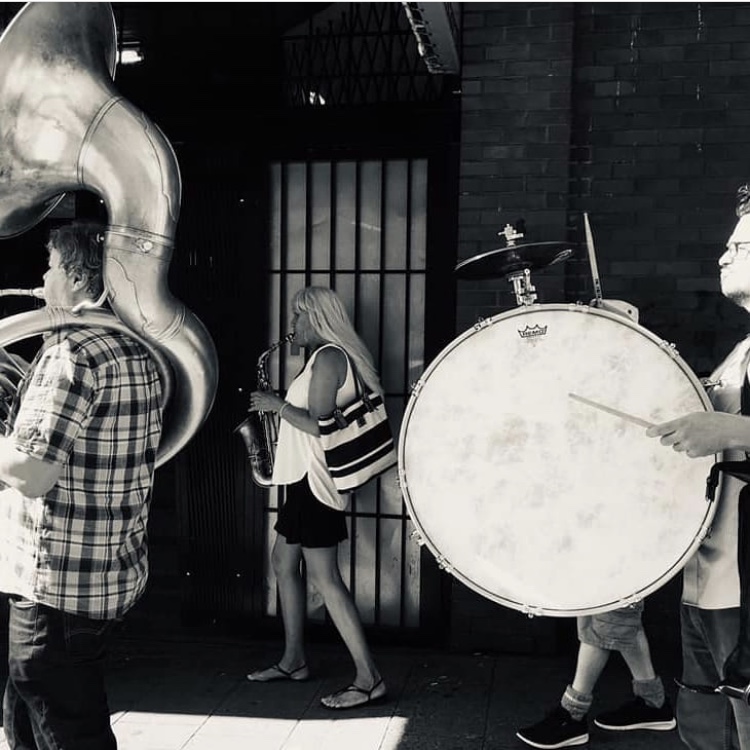 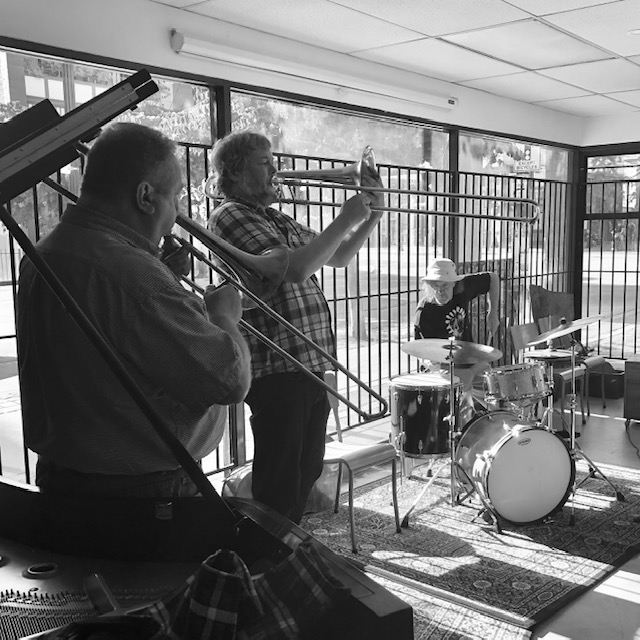 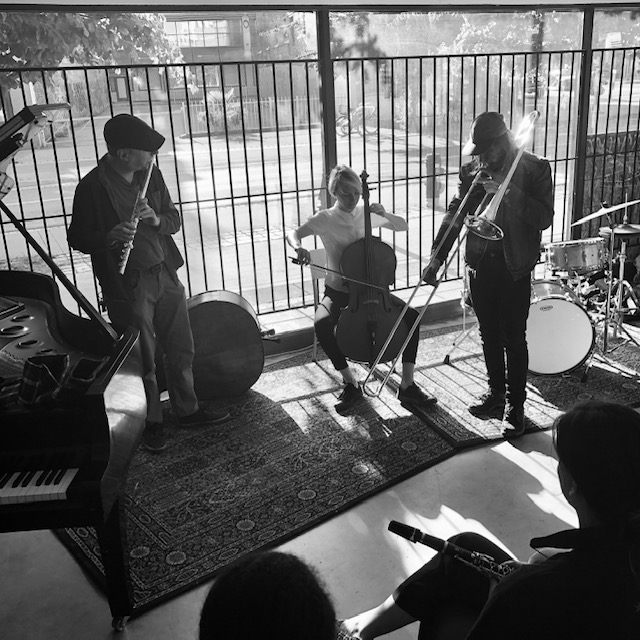 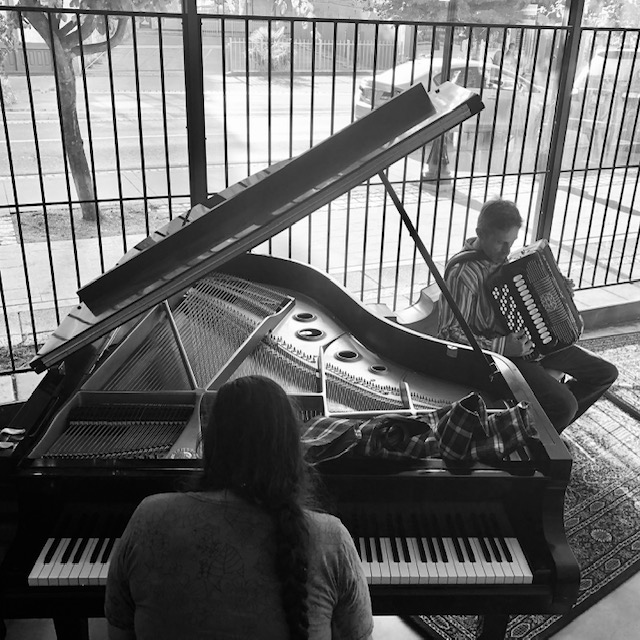 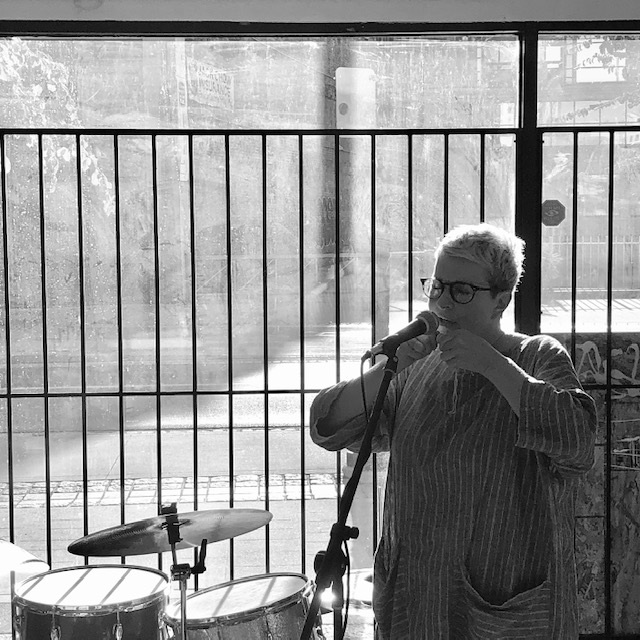 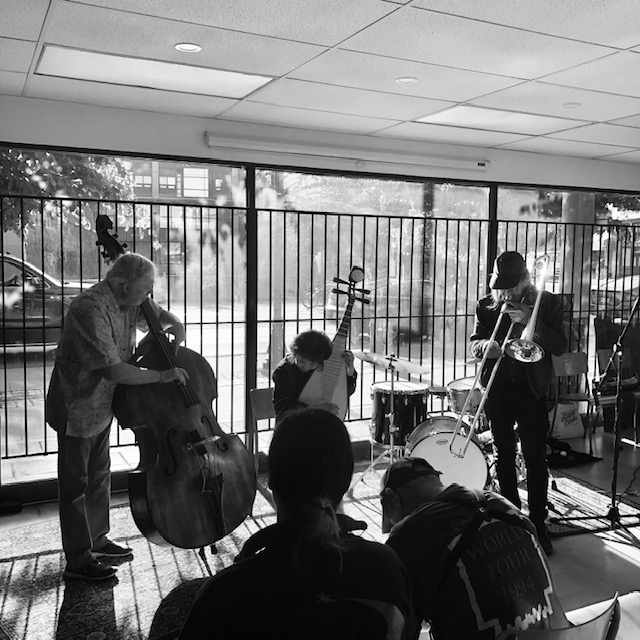 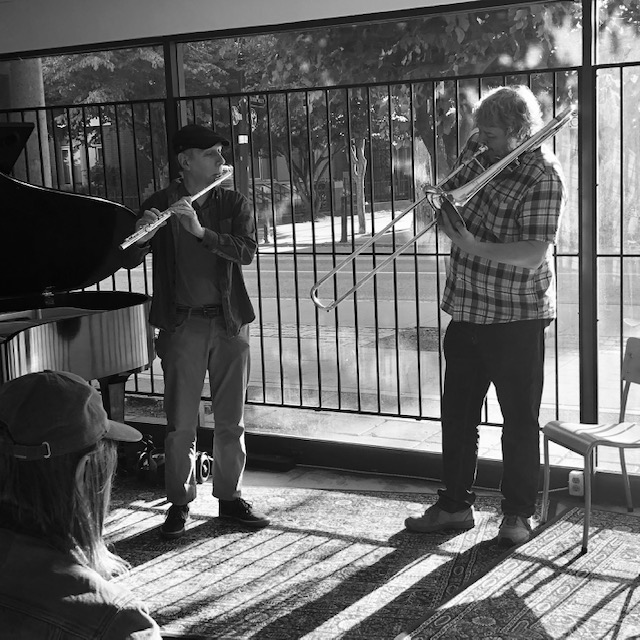 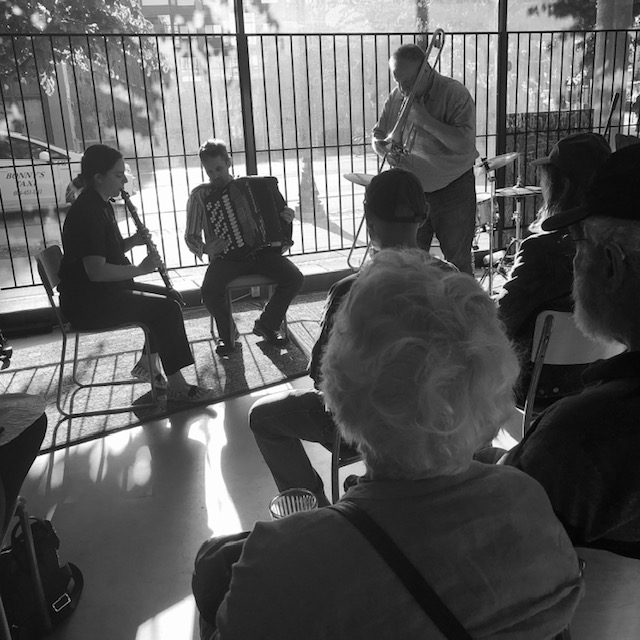