Home » Events » Beethoven Was a Lesbian: A Tribute to Pauline Oliveros

Beethoven Was a Lesbian: A Tribute to Pauline Oliveros 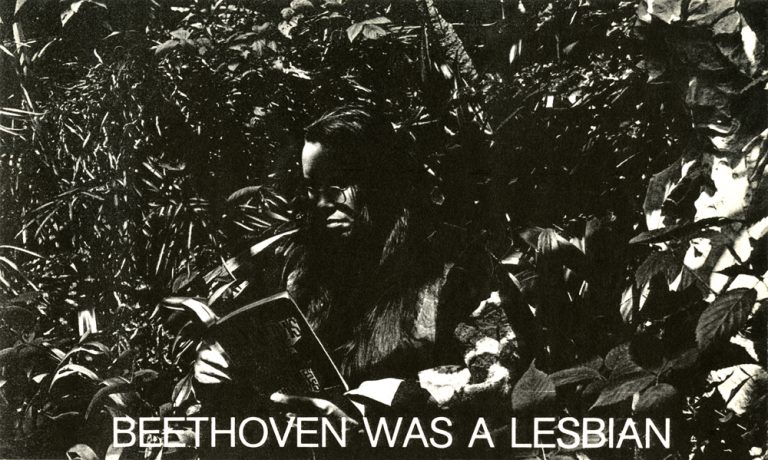 One of the foremost avant-garde composers of her generation, Pauline Oliveros (1932–2016) expanded our understanding and perception of sound. In her groundbreaking career, Oliveros consistently experimented with new musical forms, emphasizing the potential of non-hierarchal musical practices and collaboration. An influential figure in Southern California’s artistic communities during the 1970s, Oliveros’s work was inspired by and deeply committed to the women’s movement. ONE Archives, in collaboration with author, playwright/director, and poet IONE and the International Contemporary Ensemble (ICE), will present an open set of performances, meditations, Deep Listening, screenings, and discussions in tribute to Oliveros’s extensive work in experimental and electronic music. Featuring performances across multiple spaces; archival film and video screenings; and discussions about Oliveros’s musical work, 1970s Southern California, and Latinx musical history, this immersive event will offer exciting new ways to explore Oliveros’s landmark contributions to music. The event’s title, “Beethoven Was a Lesbian,” comes from a 1974 collaboration between Oliveros and Alison Knowles that addressed women’s outsider status in the music world.

“Beethoven Was a Lesbian: A Tribute to Pauline Oliveros” is presented in conjunction with Axis Mundo: Queer Networks in Chicano L.A. Oliveros is one artist included in this wide-reaching exhibition that map the intersections and collaborations among a network of queer Chicano artists and their artistic collaborators from the late 1960s to the early 1990s in Southern California.

For more information about ICE and the event, visit http://one.usc.edu/beethoven-was-a-lesbian-a-tribute-to-pauline-oliveros/