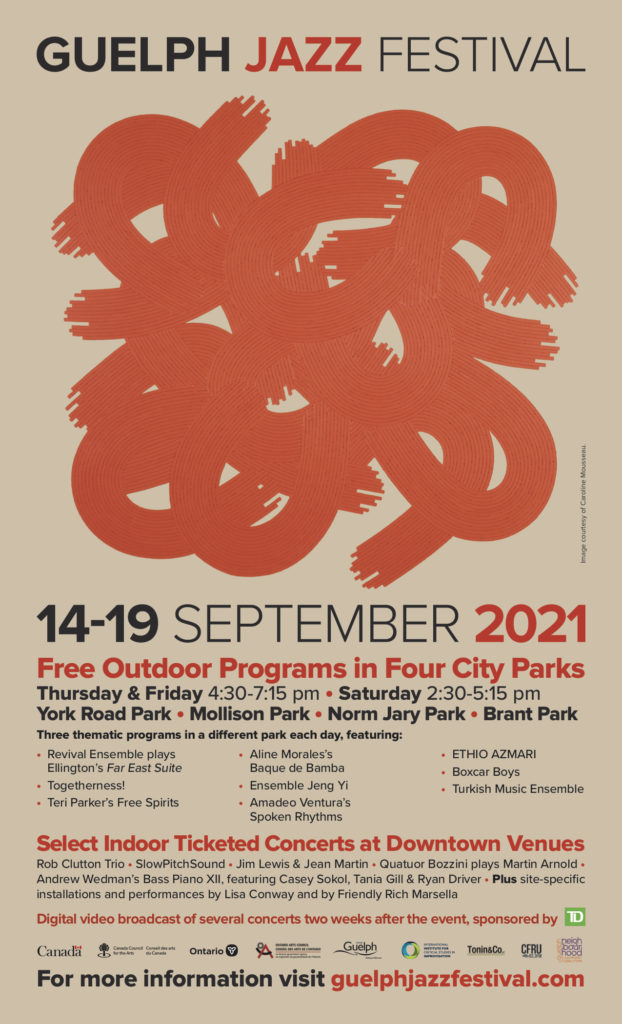 We are thrilled to announce our plans to present an in-person live music festival, 14-19 September in Guelph, Ontario. The 2021 Guelph Jazz Festival programming is conceived to offer our audiences a range of exciting musical experiences that can be engaged both safely and festively.

• one more ensemble to be announced

• Andrew Wedman, ‘Bass Piano XII’ –– BC composer and piano technician Wedman takes old upright pianos and tunes them down an octave to remarkable sonic effect, to be explored in a series of concerts by Casey Sokol, Tania Gill, and Ryan Driver, featuring a talk-back after the September 17th performance co-presented by IICSI.

• Friendly Rich Marsella, ‘The Birds of Marsville’ –– New composition by Friendly Rich on his orchestrion (street organ) and featuring elements of absurdist theatre in three site-specific outdoor presentations during the festival weekend

Full schedule, artists biographical notes, and further information about the 2021 Guelph Jazz Festival will be published on www.guelphjazzfestival.com in the weeks to come.

For audience members who are unable to attend the in-person events safely, we will be presenting a digital broadcast of several of these concerts two weeks following the festival. This segment of the programming will be presented the weekend of 1-3 October and is sponsored by TD Bank.