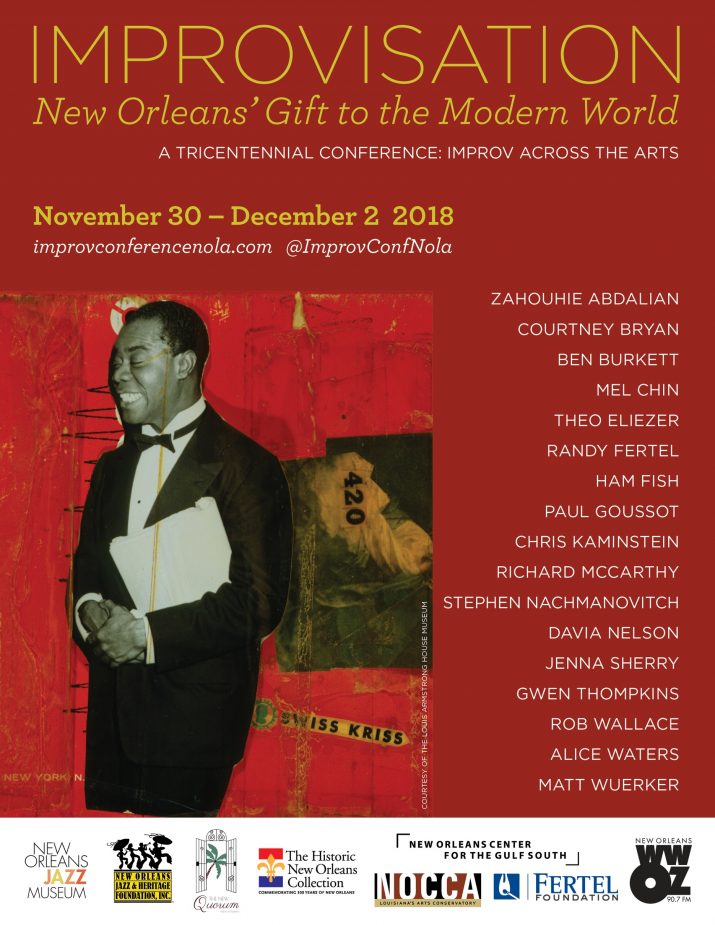 Join The Fertel Foundation for a dynamic conference bringing together internationally known performers, artists and scholars in an exploration of improvisation across the arts – cuisine, music, literature, visual arts, politics and oral history.

The conference is an outgrowth of Randy Fertel’s book, A Taste for Chaos: The Art of Literary Improvisation . The central idea of the book is also the lead idea of the conference that Improvisation
involves a tension between structure and anti-structure, form and apparent formlessness, reason and some form of unreason (intuition, the muse, the unconscious, etc.). Whether in literature,  usic, theatre, or the White House, improvisation challenges mainstream norms and calls for new ways of seeing/being in the world.

“Our team has assembled an amazing cast of presenters and performers from diverse fields to explore improvisation and to consider New Orleans’s role in making improvisation a household word,” said conference organizer Randy Fertel.