The Story of Sim Cheong: a p’ansori concert 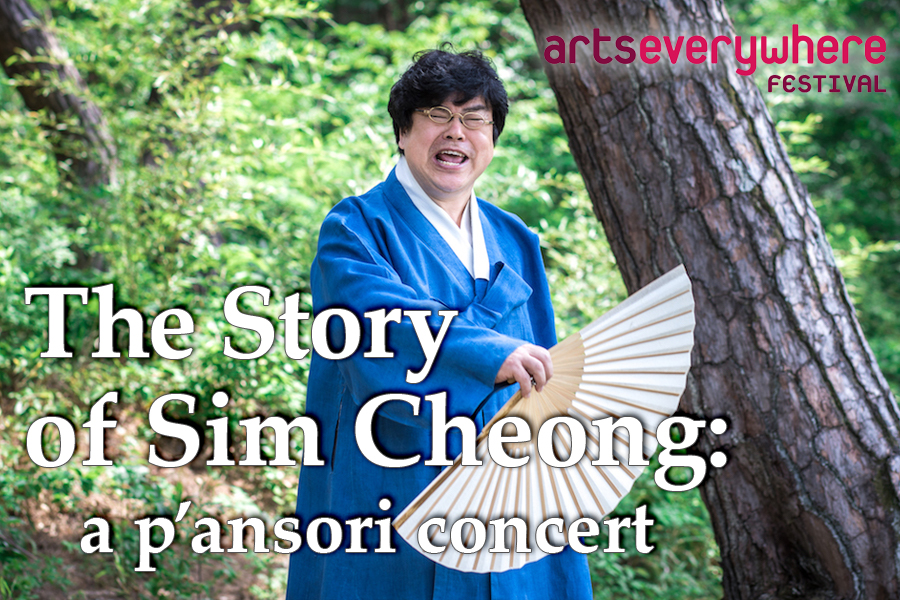 Il-Dong Bae is highly regarded as one of Korea’s finest p’ansori singers. He has performed numerous concerts both internationally and within Korea and his extraordinary life story is featured in the documentary, Intangible Asset Number 82.

Dong-Won Kim is a Korean percussionist, vocalist, composer, and improviser. He has studied Korean traditional music since 1984, including farmers’ drumming and dance, shaman music, and Pansori accompaniment.

Emerging during the mid Chosŏn era (1392-1910), p’ansori is a style of epic story singing performed by a vocalist and drummer (kosu). The vocalist narrates long dramatic tales through speech, song, and action, while the drummer accompanies the singer and gives calls of encouragement (ch’ŭimsae) such as ŏlssigu (right-on!) at the end of vocal phrases.

Il-Dong Bae’s renowned interpretation of the epic song Shimch’ŏngga (The Story of Sim Cheong) has been documented in a unique outdoor performance setting and (featuring Dong-Won Kim) released as a Super Audio CD in late 2010. His work as a  contemporary improviser can be heard in his performances with the collaborative ensemble Daorum, and more recently in the work of Chiri.

Traditionally, in order to master the various elements of p’ansori, singers would spend long periods (100 days) in isolation, singing into waterfalls in order to “break” the voice and reveal the “true” tone. Il-Dong, a performer steeped in the eastern school (tongp’yŏnje) of p’ansori, is one of the few contemporary singers to follow this harsh tradition. While still a student, he traveled to Mount Chiri on the southern end of the Sobaek Mountain Range and spent seven years living by a waterfall, practicing up to 18 hours a day in order to reveal his voices.

The Improviser-in-Residence Program is a collaborative partnership of Musagetes and the International Institute for Critical Studies in Improvisation (IICSI) bringing improvising musicians into meaningful, sustained contact with local residents of all ages and musical persuasions in Guelph and the surrounding areas.