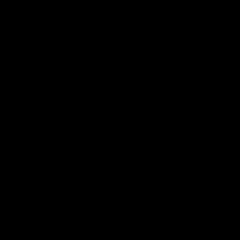 We at the International Institute for Critical Studies in Improvisation want to express our solidarity with the Black Lives Matter movement and with the protesters around the world who have been standing up against police killings and systemic and structural anti-Black racism that causes them to occur. It seems clear that the question posed by Martin Luther King, Jr. in the title of his 1967 book, Where Do We Go From Here, is as relevant and as urgent today as it was when Dr. King first published it. In that book, and in much of his attendant activism, Dr. King welcomed all opposition to the lash of brutality and the other forms of coarse degradation facing Black people. He contended, however, that even the absence of brutality and unregenerate evil would not guarantee the presence of justice, that a radical revolution in values and in the organization of society was necessary. In order to achieve that revolution, Dr. King counseled, it was necessary for spectators to learn to become actors, for bystanders to become upstanders. “No great victories are won in a war for the transformation of a whole people without total participation,” he argued. “Less than this will not create a new society; it will only evoke more sophisticated token amelioration.” We see clearly today the prescience of Dr. King’s vision and the imperative of committing ourselves fully to fulfill it.

The Black Radical Tradition of participation and improvisation has been central to much of the work we do at IICSI. We have been directly inspired by the work of Black musicians, Black artists, and Black communities. So much of our work takes it cue from the ways in which artists from aggrieved and racialized communities have used improvisation to sound off against systems of oppression, to imagine other possible futures, to call communities into being through performance, and to enact in concrete places and practices the solidarity and mutuality that political appeals often only envision.

In the wake of the murder of George Floyd, we bear witness to the cumulative, continuing, and worldwide struggles that are taking place in the name of social justice. We pledge to contribute our political, intellectual, moral, and financial support to the projects advancing the self-defence and self-determination of Black communities. We commit ourselves to support and learn from the momentum that has been generated by these mass mobilizations of protest. We believe they offer a source of hope, that they require us to work collectively towards transforming unjust policies, structures, and institutions, to strive for a world in which the answer to Dr. King’s question—where do we go from here?—will be determinedly constructive, resolutely and expansively affirmative.

We begin by asking members of the IICSI community to make financial contributions to organizations affirming that Black Lives Matter. In addition to encouraging you to support organizations and charities in your own communities that are working to make a difference in response to systemic anti-Black racism, we offer these suggestions from members of our team:

In the United States:

In addition, the current moment has encouraged many of us to learn more about the work that Black artists, activists, and organizations are doing. Many resources have already been shared by our friends and colleagues at other organizations via various platforms on social media. Here are just a few that we think might be of interest:

• Robyn Maynard, Policing Black Lives: State Violence in Canada from Slavery to the Present
• Desmond Cole, The Skin We’re In: A Year of Black Resistance and Power
• Robin Kelley, Freedom Dreams: The Black Radical Imagination
• Ta-Nehisi Coates, Between the World and Me
• David Chariandy, I’ve Been Meaning to Tell You: A Letter to my Daughter
• Angela Davis, Freedom is a Constant Struggle: Ferguson, Palestine, and the Foundations of a Movement
• “Lawrence Hill on Racism in Canada, US After George Floyd’s Death,” short video essay that aired on CBC’s The National
• Janelle Monáe and Wondaland, “Hell You Talmbout”
• Guelph Black Heritage Society
• Arts for Art
• Obsidian Theatre

Dr. King warned that every crisis creates both dangers and opportunities. We cannot will a decent and democratic future into existence by desire alone. We must commit ourselves to use the tools at our disposal in the arenas that are open to us to return once again to what Dr. King described as the bitter but beautiful struggle for a new and better world.