An associate professor of music in Carleton University’s School for Studies in Art and Culture, IICSI researcher Dr. Jesse Stewart was among 15 local residents inducted into the Order of Ottawa at a November 20 ceremony at City Hall. As part of the ceremony, Dr. Stewart performed alongside IICSI’s 2014 Improviser-in-Residence, Korean percussionist Dong-Won Kim. “Inductees into the Order of Ottawa are remarkable residents who are being honoured for their service to our city through a variety of professional and civic-oriented endeavours,” said Ottawa Mayor Jim Watson. 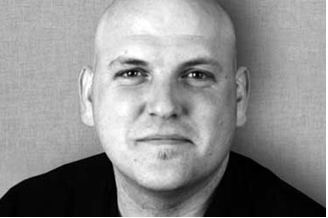 Jesse Stewart is an award-winning percussionist, composer, improviser, artist, instrument builder, educator and writer. In 2012, along with fellow Stretch Orchestra members Matt Brubeck and Kevin Breit, he received the “Instrumental Album of the Year” Juno Award. He received the Marston LaFrance Research Fellowship in 2013 and the Faculty of Arts and Social Sciences Teaching Achievement Award in 2014. Jesse is a past recipient of the Terry Fox Humanitarian Award and is dedicated to building and strengthening communities through arts education and outreach.