“I have always been interested in tradition. With Krzysztof Komeda we would mostly listen to scale music, like Miles Davies and John Coltrane. This was my inspiration. Ornette Coleman was important too, of course, but more as an example of a certain attitude toward art – that of searching and rebellion – than as a specific musical convention.” -Tomasz Stańko. Image from Wikimedia Commons.

Polish trumpeter and composer Tomasz Stanko is known for his skillful negotiation of beautiful melodies and free improvisation. The New Yorker describes him as “One of the most original and creative jazz trumpet players in the world.” Often releasing his material with the renowned ECM Records since the 1990s, Stańko remains at the cutting edge of the European avant-garde sound. He first appeared in the 1950s in Krakow, and is considered one of the first free-jazz trumpeters in Europe. In the 1960s he came to distinction playing with pianist Adam Makowicz, and later joined Krzysztof Komeda’s quintet, recording the now celebrated 1966 album, Astigmatic. In the early 1970s Stańko went on to form the Tomasz Stańko Quintet, and the group played at major European festivals, brining Stańko’s sound to the forefront of the free jazz scene. Stańko is a leading progenitor of Polish jazz, but he is also well known around the world stage, having worked with many respected musicians, including Jack DeJohnette, Reggie Workman, Don Cherry, and Lester Bowie, and in 1984 he was a member of Cecil Taylor’s big band. In the 1980s, he also led his own fusion collectives, under C.O.C.X and Freelctronic, which incorporated electronic, reggae, Latino, rap, and other musical inspirations.

In the 1990s, Stańko lost his natural teeth, joining a list of other trumpeters like Chet Baker and Roy Eldridge who after losing their teeth managed to develop a new embouchure. Stańko gave up drugs in the 1990s and through long hours and painstaking practice he was able to strengthen his lip and maintain his signature sound, despite the disadvantage of playing with false teeth. In fact, it could even be argued that since the 1990s Stańko has been at his most prolific, releasing numerous high quality recordings with ECM. The early 2000s saw the release of two fantastic albums by Stańko: Soul of Things (2001) and Suspended Night (2004). Suspended Night is an adventurous recording featuring Stańko’s unique compositional language, and yet it is an incredibly accessible introduction to where both Stańko and jazz have been—and perhaps are going. Stańko continues to inspire and make music (still released through ECM), and his recent New York Quartet sounds extraordinary (with hints of Miles Davis, Andrew Hill, and Thelonious Monk) on 2013’s Wisława. Stańko’s signature sound can also be heard in the introduction to T.V’s Homeland, which samples his piece, “Terminal 7.” In 2011, the President of Poland, Bronislaw Komorowski awarded Stańko Commander’s Cross with Star of the Order of Rebirth of Poland. While Stańko’s accolades are certainly deserved, good music tends to speak for itself. Have a listen to a few pieces below—as a leader Stańko has released 37 albums—and get lost in the creative jazz trumpet of Tomasz Stańko. 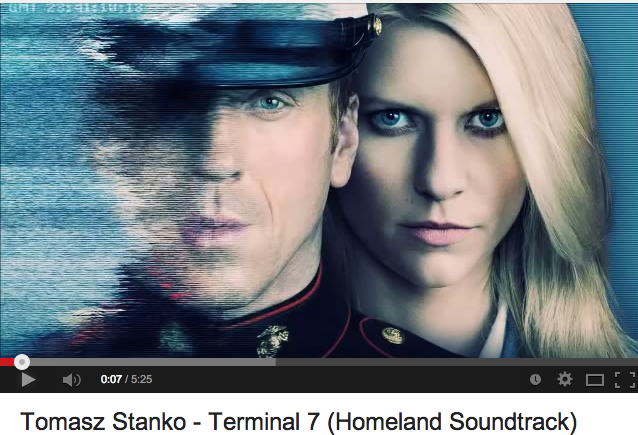