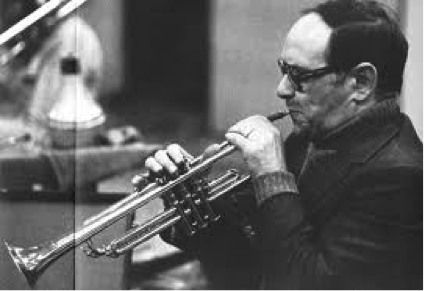 One of this year’s Academy Award winners was part of a major European improvising collective from 1964 until 1980. Like his American contemporary John Williams, Ennio Morricone, (who won an Oscar for his scoring of Quentin Tarrantino’s The Hateful Eight), was known as a jazz musician in the 1950s. In the 1960s, his film scores reached international audiences; his theme for The Good, the Bad, and the Ugly, played by Hugo Montenegro, became a pop hit single in 1968. Early in that decade, Morricone began playing trumpet and flute, along with a host of other instruments, in an ensemble that came to be known as “Il Gruppo”: Gruppo di Improvvisazione di Nuova Consonanza (New Consonance Improvisational  Collective) with Franco Evangelisti (piano, percussion) and Egisto Macchi (percussion, celesta, strings). In their 16-year existence, GINC made a number of LPs; contributed music to Morricone’s scores for A Quiet Place in the Country and Cold Eyes of Fear; included as members John Heineman, Mario Bertoncini, Walter Branchi, and Roland Kayn; and collaborated with such musicians as Frederic Rzewski and Giancarlo Schiaffini.