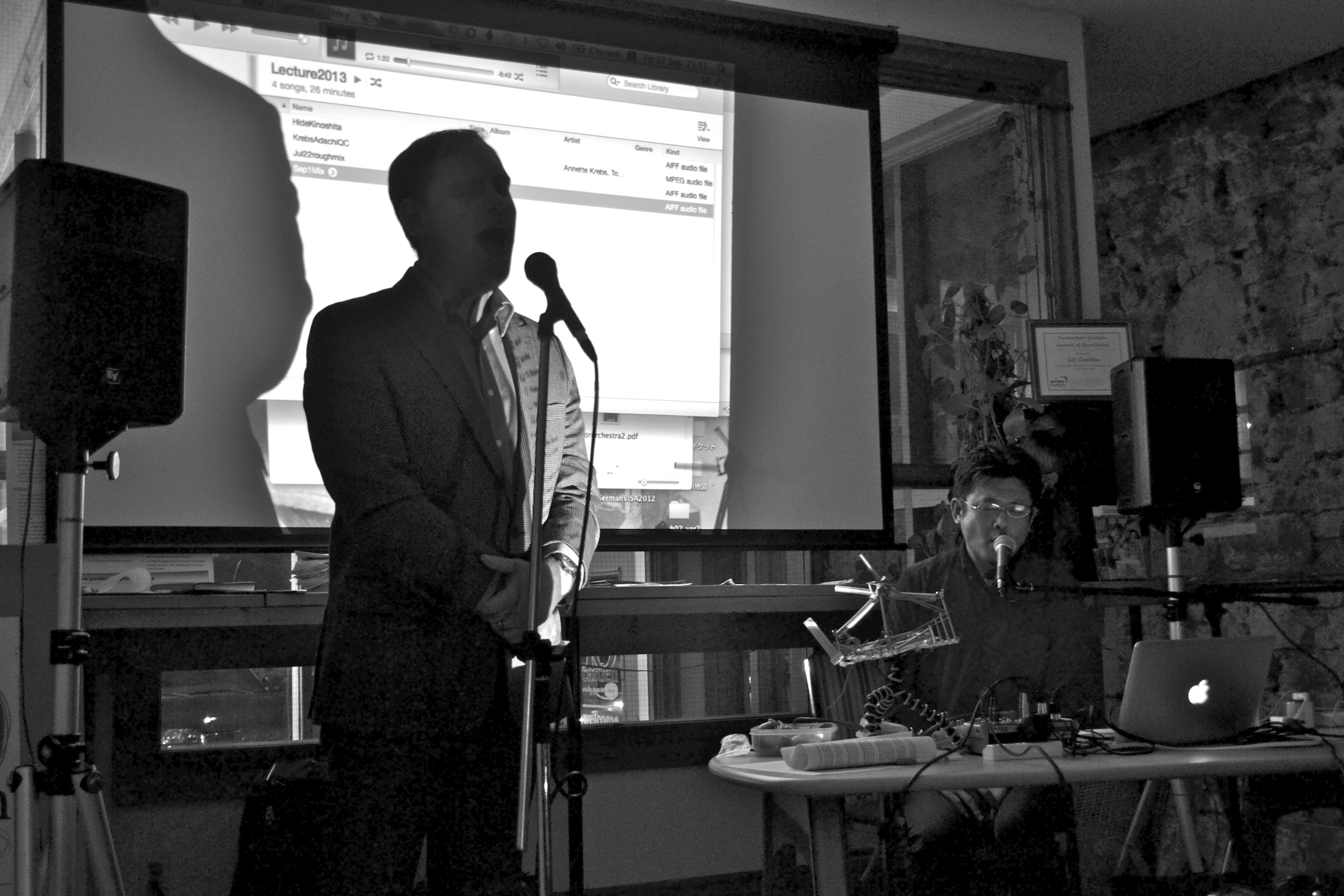 Chris Tonelli and Adachi gift the audience with a vocal improvisation. All photos of by Paul Watkins.

Tomomi Adachi (足 立 智美) is a Japanese vocal and electronics performer, improviser, composer, instrument builder, installation artist, theatre director, and sound poet. He is the only performer of sound poetry in Japan and performed Kurt Schwitters’ “Ursonate” for the first time in Japan. He has performed with numerous musicians, dancers, and filmmakers, and along with his incredible vocal improvisations, he is known for his unique improvisations on his self-made instruments, many of which are made from Tupperware: a material that is both affordable and portable. Adachi describes his creations as an extension of his improvisatory practice: “I began to build instruments by myself in 1994, it was almost the same period with starting my activity as an improviser.” Last month in Guelph we were treated to a performance by Adachi on one of his self-made instruments, as well as a vocal performance, followed by a self-reflexive talk about his artistic praxis.

The event took place at the inaugural Thinking Spaces Reading Group in Guelph. After the performance, Adachi discussed his work as an improviser with a focus on his own approach to self-made instruments, as well as his newest project PUTIF (People’s United Telepathic Improvisation Front), a collaboration with Jennifer Walshe. In PUTIF, Walshe and Adachi improvise together at a specified time in two separate locations, listening to one another at distances beyond the reach of the human ear. These improvisations are recorded and later combined and compared. They also encourage others to listen telepathically to their improvisation and send in descriptions of what they hear. At the Reading Group, Adachi discussed how telepathy functions as a conceptual framework for musical improvisation, demonstrating how others can be present in their absence. He also discussed how improvisation can be a tool for being together despite physical distance, as well as posing questions about the advantages of telematic technology in an age where it is becoming increasingly common.

If you get a chance you should check out Adachi’s fantastically creative work and discography. For now, here is a video of Adachi performing on a self-made instrument, similar to the one he performed with in Guelph:

And, here are a few photos of Tomomi Adachi’s performance, talk, and visit to Guelph. 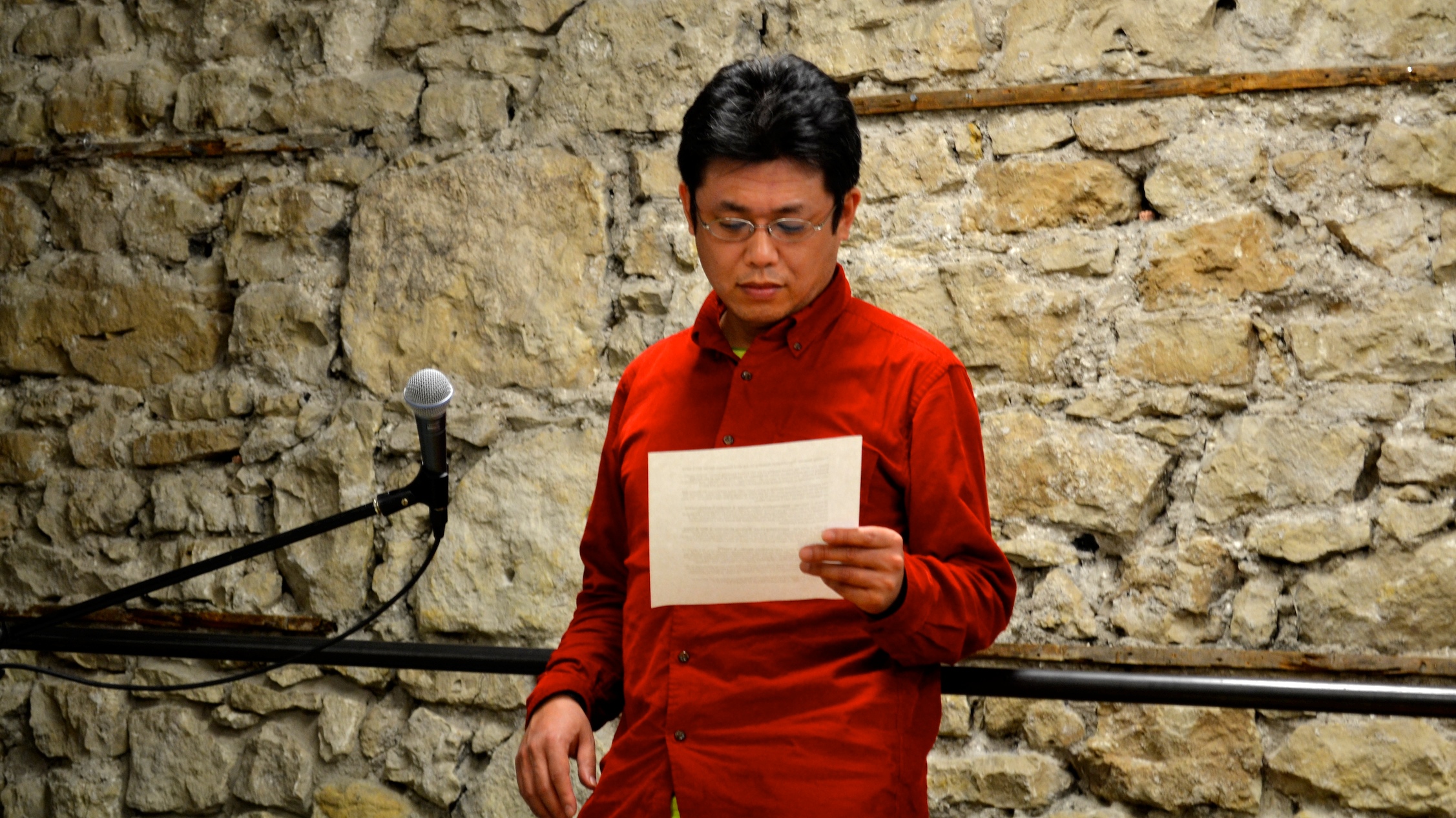 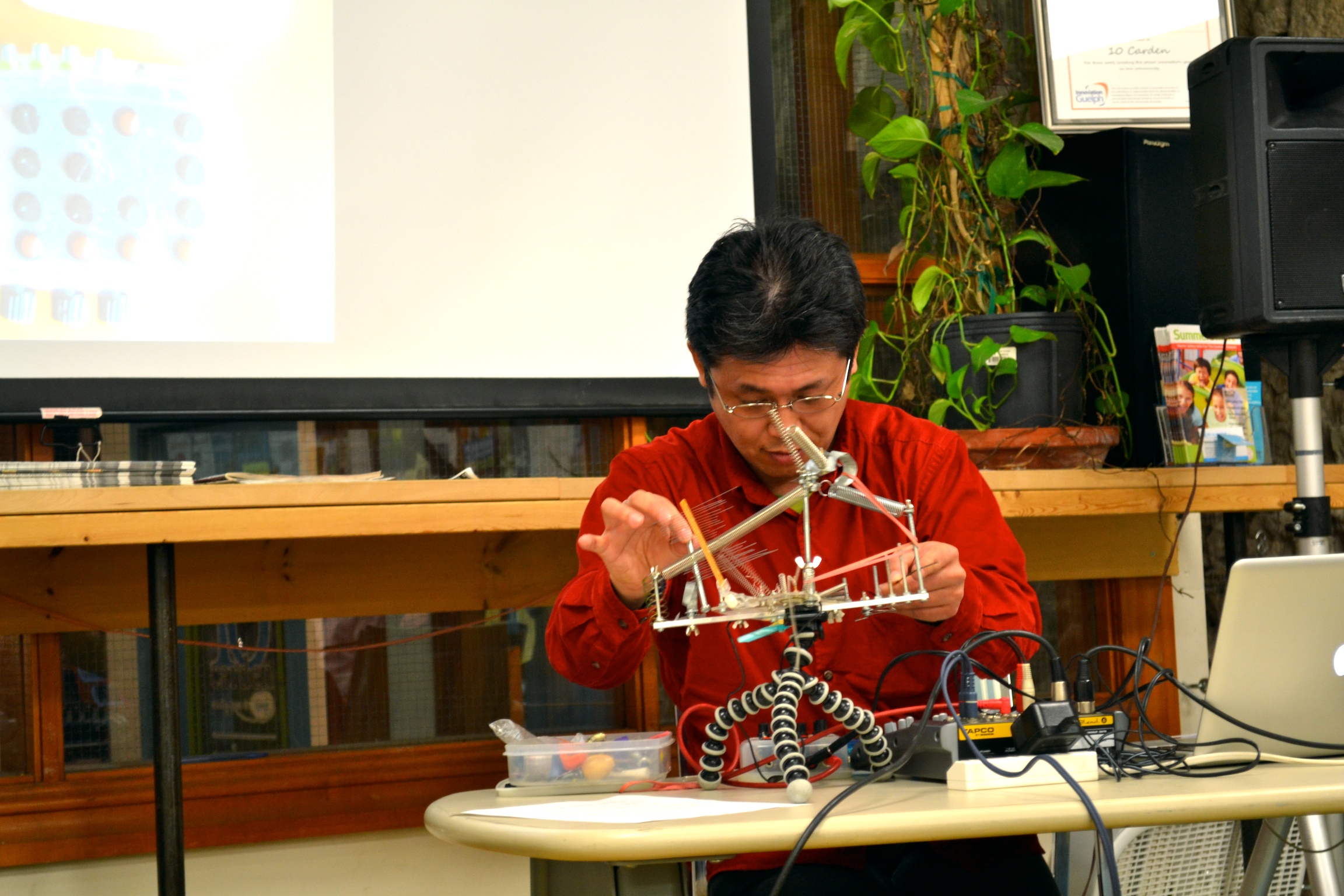 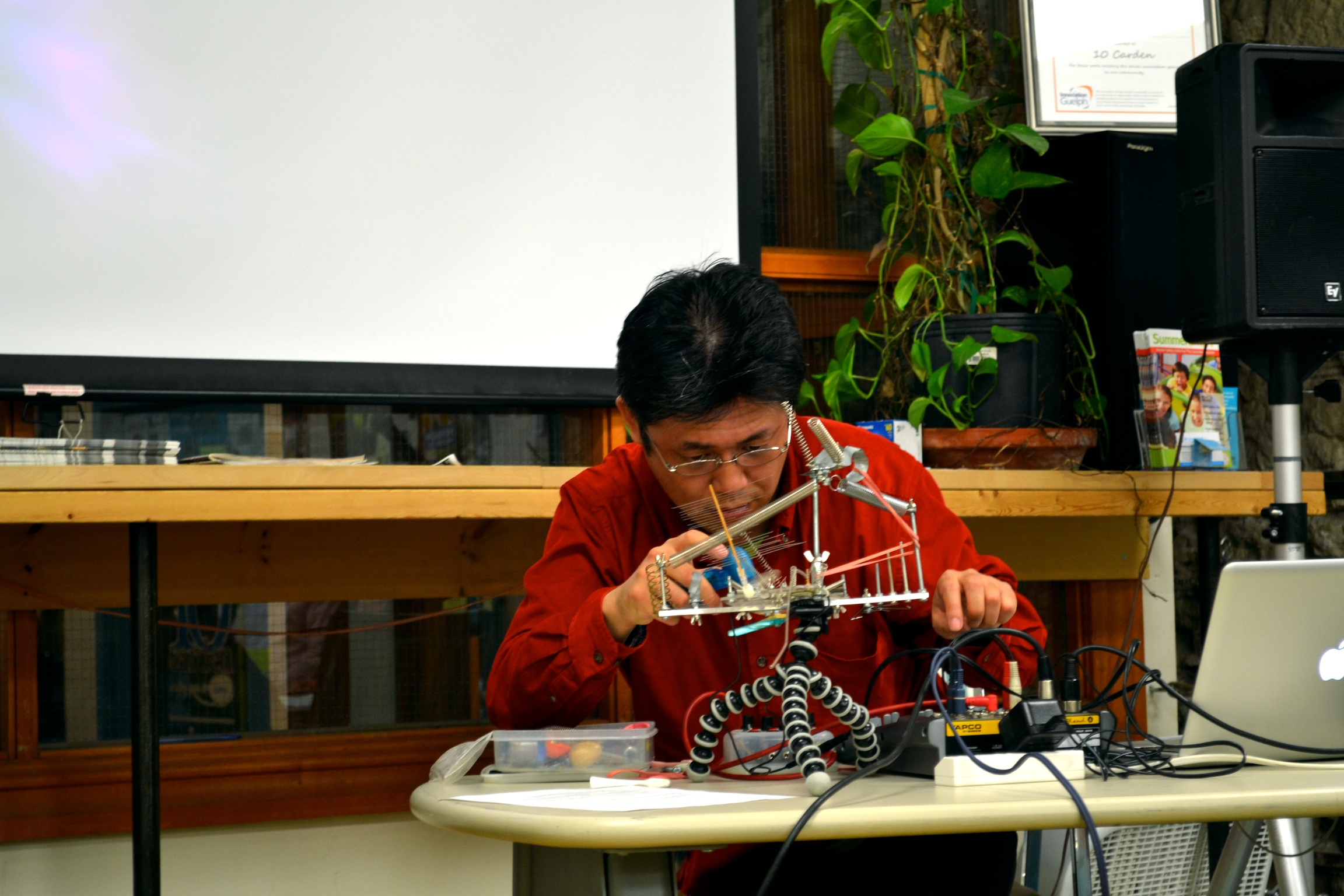