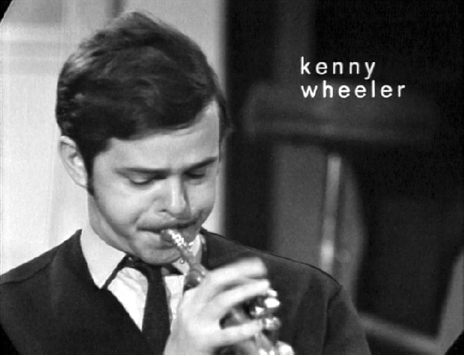 At the Rex in Toronto on October 2, saxophonist Mike Murley (with a quintet of John MacLeod trumpet, Jim Vivian bass, Dave Restivo piano and Ted Warren drums) paid tribute to an iconic Canadian musician, trumpeter/composer Kenny Wheeler (1930-2014). The concert was one of many benefits staged in Canadian cities to help London, England residents Wheeler and his wife Doreen with the costs incurred by their recent ill health, and proceeds will go to Doreen who is still in need.

Although he moved to England as a young man, and stayed there for the rest of his life, Kenny Wheeler was a huge and immediate influence on many Canadian musicians.

If I may offer a personal memory, I first heard Ken when I was first introduced to live improvised music in 1975—he was at Toronto’s A Space in Anthony Braxton’s quartet with Dave Holland and Philip Wilson. A year after that, I began studying double bass, and in 1978, when I went to Germany’s Moers Festival as correspondent for Coda Magazine, I was able to meet Ken backstage (plus the other members of his amazing quartet—Evan Parker, Barry Guy and Paul Lytton). A warm and gracious man, when he heard I was coming to London he invited me to stay with him and Doreen, and introduced me to some of the city’s pubs and music. Moreover, with a Toronto visit pending, he expressed interest in playing a Toronto gig.

“Trouble is …” he said hesitantly, “I don’t know any of the free musicians there …”

Having recently started playing with Bill Smith and others in Toronto, I cleared my throat and nervously suggested that perhaps I could, uh, set up something. Later that summer we did a concert where Ken played with trumpeter Larry Cramer and drummer Geoff Stewart, along with Bill and myself. We got a good crowd, the music sounded great, and I know that artistically it was a huge leap forward for all of us to find out how we fared playing with a musician of Ken’s stature. Actually, I found out, it is always easy to play with a great musician, although not “easy” in terms of conserving energy. Quite the opposite—they bring out energy you didn’t know was there and ideas you never thought you had.

This was the beginning of a mutual rediscovery between Kenny Wheeler and Canada that lasted for the rest of his life. In the following years, Ken taught regularly at Banff and gigged across the country with a variety of bands. For a shy man who grew up in St. Catharines, he managed to touch many people with his inclusive attitude, his beautiful compositions and the sound of his horn. Thank you Kenny Wheeler.