ImprovNotes September 2013 Artist of the Month: Dawn of Midi

All Photos of Dawn of Midi by Paul Watkins.

Dawn of Midi is an instrumental trio from Brooklyn comprised of pianist Amino Belyamani, bassist Aakaash Israni, and percussionist Qasim Naqvi. They make minimalist dance music that sounds as if their instruments are run through a digital midi interface. In actuality, all that is being played and heard is acoustic piano, drums, and standup bass. Dawn of Midi continue to craft their unique sound, building upon their semi-improvised and critically acclaimed debut (and aptly titled) First (2010). Their second effort as a group, Dysnomia (2013) is tirelessly composed, replete with polyrhythmic and locked grooves, and garnered praise from music critics from the New Yorker, Pitchfork, and Radiolab, among others. Rightly so, as Dawn of Midi’s performance at this year’s Guelph Jazz Festival did not disappoint. The trio has a way of replicating a single beat or note, as their festival performance covered Dysnomia in real-time (front to back), with each musician in tandem, hardly slipping out of a single polyrhythmic groove. While the concert wasn’t improvised in the typical sense, it was quite apparent that a slew of improvisation sessions are what lead to their disciplined, well-oiled super-trio generating a dizzying array of textures that blend and bend together in the immersive listening experience of Dysnomia. As Sun Ra reminds us, “there is discipline in freedom, and freedom in discipline.”

Belyamani echoes Ra when he describes that “Playing a locked groove like we do on this record involves a lot of discipline and hard work […] You don’t start out that way unless you’re a group of folk musicians from the same village” (group website). Watching Dawn of Midi live it was apparent how measured and cadenced their playing was, which provided a great counterpoint to Marianne Trudel, William Parker, and Hamid Drake, who followed Dawn of Midi as the second part of double bill with an abundantly improvised set. It was almost as if time stood still for the 45 minutes or so that Dawn of Midi played, as one rhythmic phrase blended into the border of another one until the rhythm gradually changed like an autochthonous machine moving seamlessly between different musical episodes. Dawn of Midi’s composition occupies a space of paradox as their sound puts electronic and acoustic music into productive dialogue, reminding us that all instruments are tools to express human emotion and convey a concept. 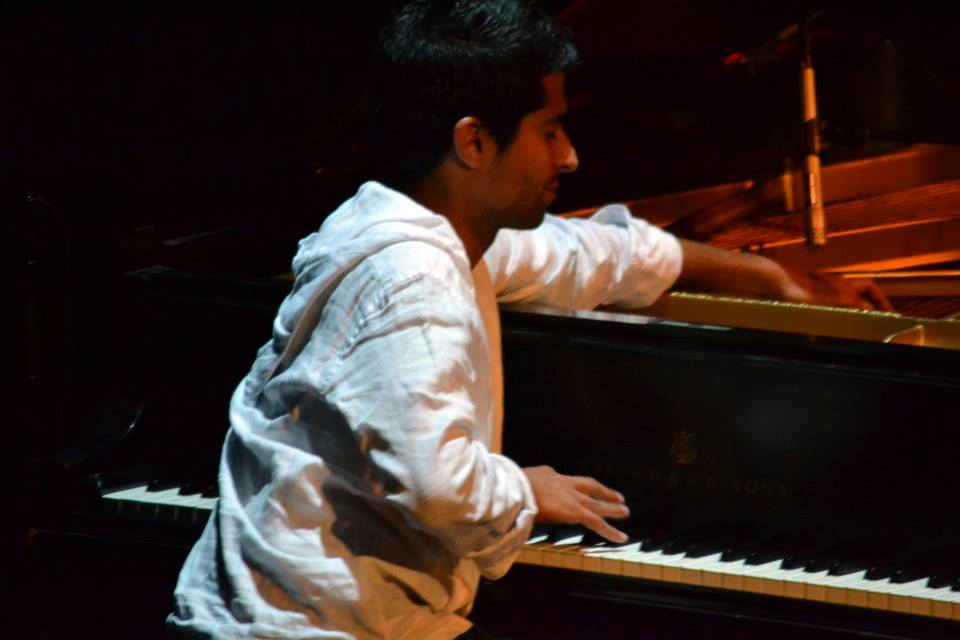 That concept for Dawn of Midi might be as lucid as blending sonic possibility within the aesthetics of format. A format found in the emotive potential for creating locked grooves that emulate computer music, and yet which sound incredibly human—meditative even. Dawn of Midi are masters of their instruments: they were able to achieve complex sonic patterns with as little as a single note. I watched in awe, as pianist Belyamani played a few notes on the piano with his right hand and then damped them with his free hand inside the piano to create muted harmonics that were at times resonant of a drum. The rapport between the three members made for an incredible set of music, seamlessly blending tracks like a DJ would with a gentle touch on the crossfader. The music circles back and we are left with a dawn of possibilities.

The new album Dysnomia, I assume, is named after the recent discovery of Dysnomia (2005), the only known moon of the dwarf planet Eris, which is the largest dwarf planet in our solar system. The word comes from the Greek word meaning “lawlessness.” Dawn of Midi continues to defy expectations and break the laws of how electronic, jazz, or improvised music is often marketed. We can only anticipate what other mixes, sonic discoveries, and dawnings Dawn of Midi has in store for us in the future.

Check out a clip from their latest work, Dysnomia. The entire album can be streamed or purchased digitally here.