Home » News » Join us for the culminating performance of the 2019-2020 Improviser-in-Residence! 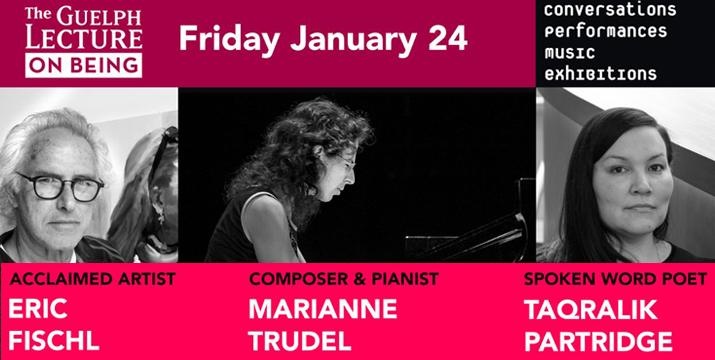 Join us for the culminating performance of the 2019-2020 Improviser-in-Residence!

On Friday, January 24th join us for the The Guelph Lecture—On Being 2020, the signature event of the ArtsEverywhere Festival. IICSI is thrilled to co-present a concert at this event, featuring this year’s Improviser-in-Residence, Marianne Trudel. The title for Trudel’s piece is:

At the Heart of Silence: Light
Manifesto for a Quieter Soundtrack

A composer of national renown, Trudel takes on an unusual topic for someone in love with sound: silence. As she explains,

With this piece, I was aiming for something luminous, that fills the soul, brimming over, radiant, like the Laurentides Park in the middle of the winter sun, the evergreens draped in snow.

In the middle of this forest, suddenly: silence. The silence that takes hold, and fills the soul with profound joy. Suddenly, completely: we let down our guard.

Body, heart, and spirit are reunited. With both feet planted in the silence, we can breathe again. At long last.

Experiencing silence has become a rarity. Yet, as much as oxygen and water, human beings need silence. Why so much noise? What is hiding behind this wall of sound?

Not only will Trudel indulge her paradoxical love of silence, she will also work with a stunning group of Guelph artists: the Guelph Symphony Orchestra with guest conductor Judith Yan, the Gryphon Singers under the direction of Marta McCarthy, the Guelph Youth Jazz Ensemble under the direction of Brent Rowan, and soloists Ben Finley (bass) and Philip Mayer (percussion). You can learn more about each of the players below.

This one-hour performance will be a unique piece composed and arranged by Trudel in 10 movements. Each movement involves some degree of improvisation on the part of the players and singers.

The Guelph Lecture—On Being also features a literary reading by Taqralik Partridge, spoken word poet and writer, and a keynote lecture by Eric Fischl, neo-expressionist painter and educator. 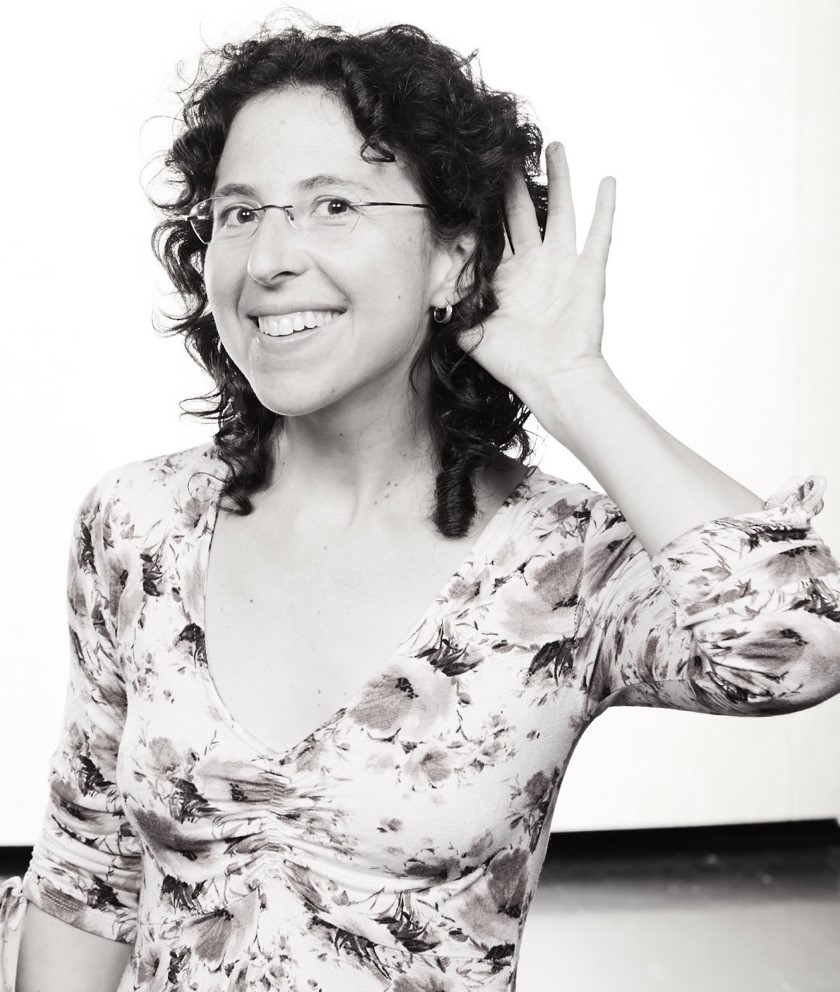 Marianne Trudel (www.mariannetrudel.com) is a multi-talented pianist, composer, improviser, and arranger. At once energetic and passionate, her music cuts across a wide swath of musical interests. As a performer, she pursues an active career in a variety of settings ranging from solo performance to duo (Karen Young), Trifolia, Marianne Trudel 4 + Ingrid Jensen, septet, and large ensembles. She has presented her music in various countries: Canada, United States, Mexico, France, Spain, Germany, the Netherlands, England, Scotland, Italy, Hungary, Lituania, and China.
Photo of the Guelph Symphony Orchestra.

The Guelph Symphony Orchestra (guelphsymphony.com) was founded as the Guelph Chamber Orchestra in 2001, through the passion and vision of Simon Irving, and the commitment of dedicated Guelph community arts supporters. The GSO gave its first concert in March 2001 under the baton of Simon Irving. The name of the orchestra was changed to Guelph Symphony Orchestra in May 2003 to reflect the symphonic repertoire performed. 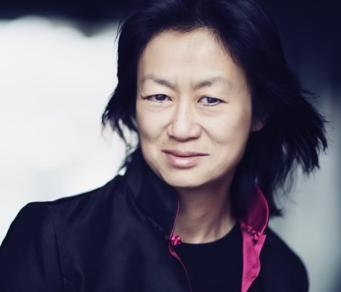 The GSO will appear with guest conductor Judith Yan (judithyan.com), who served as the GSO’s Artistic Director from the 2011-12 season until 2018-19. “We have benefitted greatly from Judith’s skill, energy, commanding stage presence and profound musicality,” General Manager Catherine Molina said. “She has transformed the orchestra. Virtually every guest artist and conductor who comes here expresses that they are astounded to hear an orchestra of this quality, in a relatively small community, and we have Judith to thank for that.”

The GSO provides performances of major symphonic repertoire to audiences in the City of Guelph and surrounding area. Comprised of musicians from the city and region, the orchestra performs regularly in the superb Mainstage Concert Hall of Guelph’s River Run Centre. 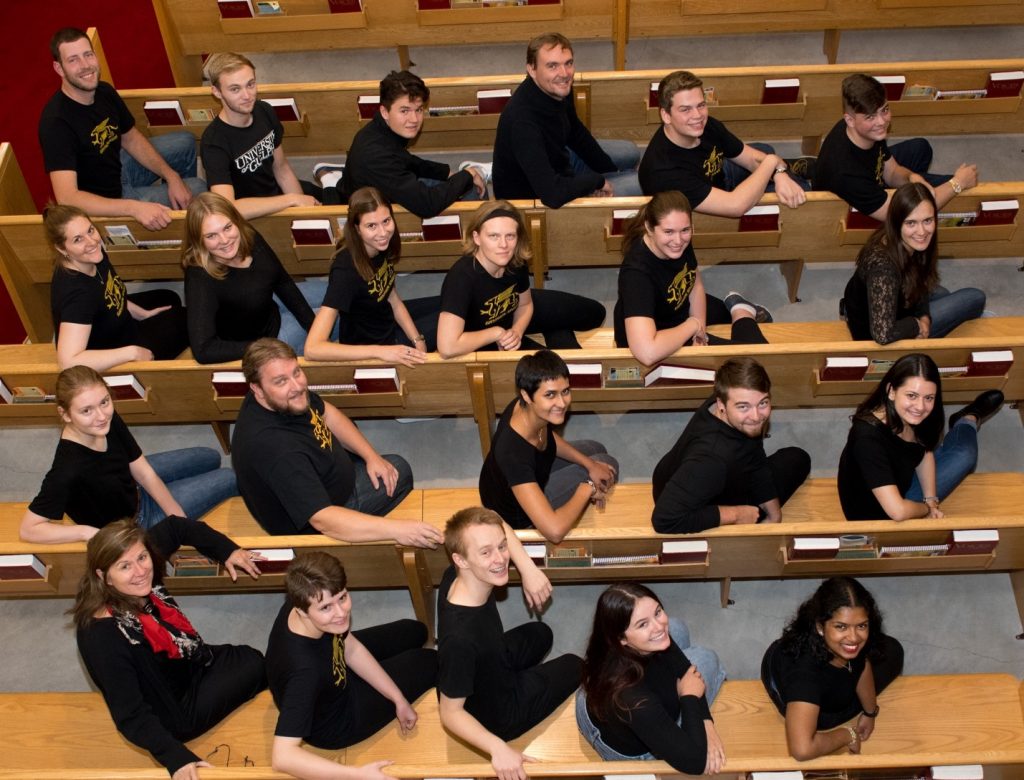 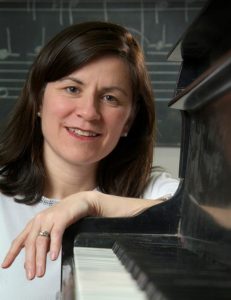 The Gryphon Singers (University of Guelph Chamber Singers) includes students from diverse programs throughout the University of Guelph. In addition to their commitment to local events and charities, the Gryphon Signers perform at national events such as Podium, University Voices, Festival 500, Kathaumixw International Choral Festival in Powell River, BC, and the Elora Festival. The Chamber Singers won First Place in the Collegiate Category of the 2011 National Competition for Amateur Choirs, and were awarded Third Prize in the 2012 Mosbach International Chamber Choir Competition. Gryphon Singers also form the core of the University of Guelph Symphonic Choir, performing masterworks of the choral-symphonic repertory as well as world premieres of commissioned repertoire by Canadian composers. 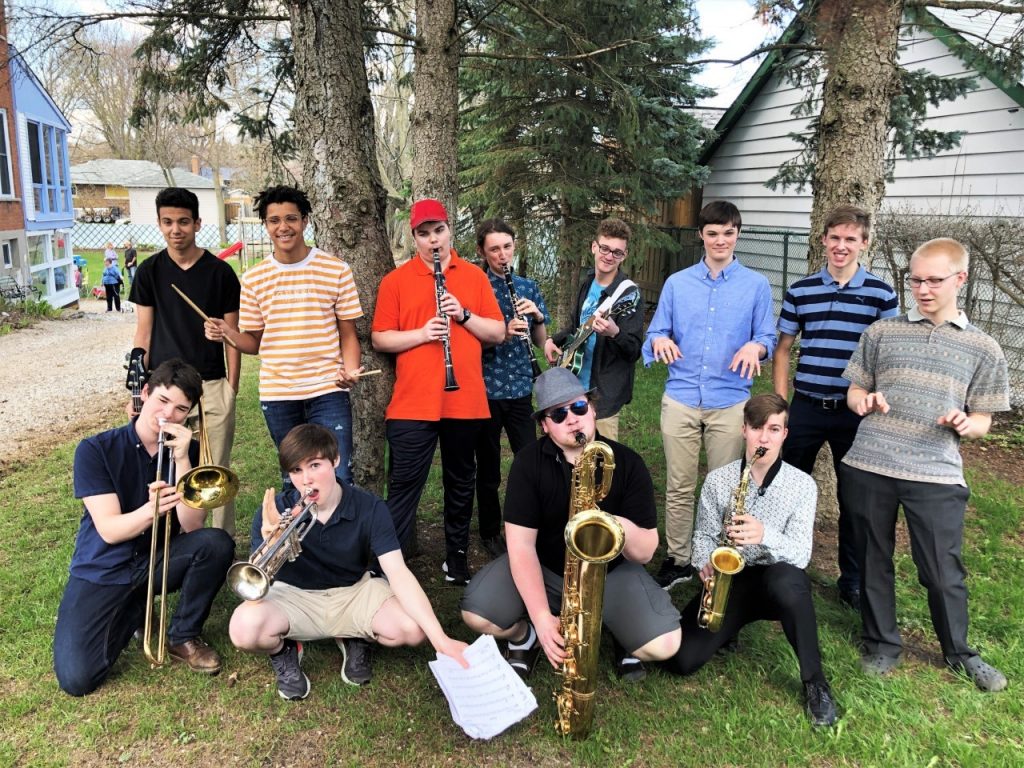 The Guelph Youth Jazz Ensemble (gyje.org) provides young musicians with the opportunity to learn about and explore the world of jazz and improvised music. The program was started in 2001 by the director Brent Rowan as a place for his private saxophone students to play together in a jazz quartet. From there, it grew to become an ensemble for youth in the community to learn about jazz styles and improvised music. Members are given ample opportunities to expand their ability to read music, improvise and understand the jazz language. 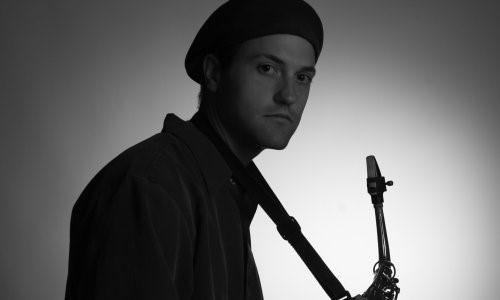 Brent Rowan (brentrowan.ca), Director of the GYJE, is a professional community musician. As a Guelph-based saxophonist, he performs in a wide variety of musical collaborations, including 2009 and 2015 Juno-nominated Eccodek, Big Bands, smaller jazz combos, and creative music ensembles. He has performed and recorded all across Canada, the UK and Germany, at music festivals in Vancouver, Calgary, Toronto and London England to name a few. He has released three recordings of his own compositions: “It’s About Time” in 2006, “IZ” in 2012, and “Where is Local” in 2016. He teaches courses in the Bachelor of Music in Community Music at Wilfrid Laurier University and woodwind and jazz improvisation techniques at his private music studio.

Ben Finley (benfinley.ca) is a performer-composer specializing in acoustic bass and electric bass (in multiple tunings and with effects). He grew up on a music festival farm, witnessing many ecosystems of music making. The seeds of co-creative agency were sewn; Ben aims to cultivate music that embraces the unique individual life experiences of its participants. This often manifests through improvisation, text, the human voice, electro-acoustic worlds, learning from the biosphere, and exploring multi-stylistic compositional frameworks. Ben founded and facilitates the Westben Centre for Connection & Creativity’s international / multi-generational Performer-Composer Residency. He is a graduate of the Performer-Composer program at CalArts, and is a current PhD candidate of Critical Studies in Improvisation at the University of Guelph, studying music festivals as sites of environmental and existential stewardship. 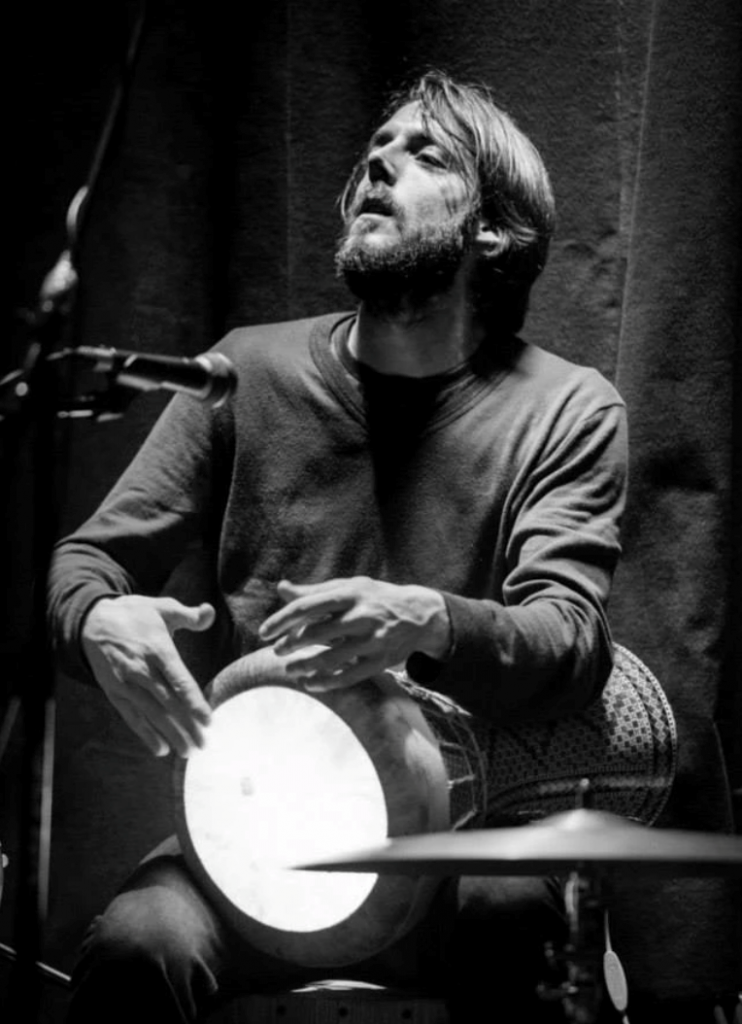 Philip Mayer (philipmayer.net) is a New York City based percussionist. With a background in jazz and American popular music, Philip’s interest in drumming traditions from around the world has led him to travel to and study extensively in India, Turkey, Israel, Spain and Italy. These immersive experiences abroad combined with an already ingrained improvisational sensibility has given Philip a versatility that enables him to be equally at home in a wide variety of musical styles from classical Arabic to indie rock. He has a degree in jazz performance from Florida State University. Notable teachers include: Leon Anderson Jr., Pandit Samir Chaterjee, Zohar Fresco, Yshai Afterman, Mehmet Akatay, Bünyamin Olguncan, and Aleix Tobias. Philip is the drummer and percussionist for the award winning musical ‘The Band’s Visit’ on Broadway which won 10 Tony Awards and a Grammy.
About the Project

This performance is the culmination of the 2019-20 Improviser-in-Residence program, a joint initiative of the International Institute for Critical Studies in Improvisation (IICSI) and Musagetes. The program brings improvising musicians into meaningful, sustained contact with local residents of all ages and musical persuasions in Guelph and the surrounding areas.