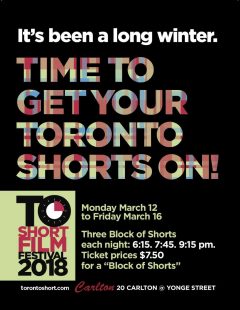 The film, Musical Improvisation at Land’s End/Coin-du-Banc en folie, film tells a story about the transformative impacts that can be enabled through the combination of musical improvisation and place. It provides a glimpse into a magical world where musicians of diverse ages and abilities came together in an inclusive and supportive environment, nurturing and developing musical improvisation as a vital model of arts-based community-making.

More About the Film:
In August 2016, seven participants, with artists-in-residence François Houle, Kathy Kennedy and Jesse Stewart, explored the possibilities of improvised music in the stimulating setting of Coin-du-Banc, Quebec. Nestled in the easternmost point of the region known as the “end of the world”, and just minutes from the famous Rocher Percé, the coastal village of Coin-du-Banc offers a spectacular natural setting full of inspiration for this first edition of a unique camp devoted to musical improvisation. Coin-du-Banc en folie illustrates the profound impact of the union between musical improvisation and place. Together, participants explored innovative approaches to the creation of improvised music, examining the inner traditions and outer limits of music: the band created, arranged, rehearsed, improvised, played, learned and imagined together.