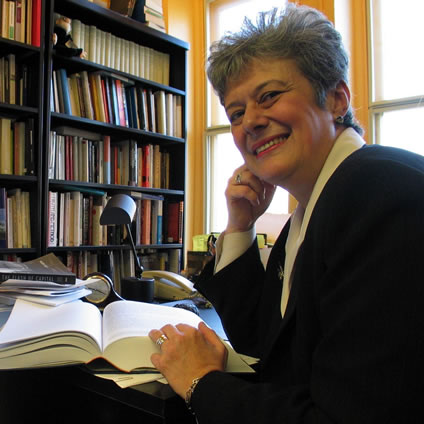 Dr. Linda Hutcheon, an Officer of the Order of Canada and University of Toronto Professor Emeritus, is a recognized scholar of adaptation theory as well as an ICASP Advisory Board member. In the following email interview with ICASP graduate student Stephanie Hill, Dr. Hutcheon talks about the relationship between improvisation and adaptation. Her seminal book, A Theory of Adaptation, is an extensive and multi-contextual survey of contemporary adaptation. In it, she challenges the fidelity model of adaptation and speaks to the driving forces behind the creation of adaptations.

Given Dr. Hutcheon’s participation in interdisciplinary and collaborative scholarship and her work in “what art teaches us about theory” (“Linda Hutcheon”), Stephanie Hill was eager to hear what Hutcheon might have to offer in terms of a comparison between improvisation and adaptation practices. Dr. Hutcheon’s support of ICASP in combination with her expertise in adaptation studies give her a unique positioning from which to consider the two fields together.

To read the full transcript between Hill and Hutcheon on the relationship between the fields of improvisation and adaptation, click here.