Oral Histories is a showcase of interviews, performances, and articles by and about improvising musicians, artists, writers and scholars. 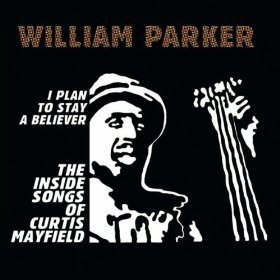 “People Get Ready”/ The Future of Jazz: Amiri Baraka and William Parker in Conversation

William Parker—one of the most inventive and expressive avant-garde jazz musicians today—is an American free jazz double bassist, poet, composer, and an urban Zen monk. In 2007, William Parker’s book, who owns music?, was published by buddy’s knife jazz edition in Cologne, Germany. who owns music? assembles his political thoughts, poems, and musicological essays. In who owns music?, Parker describes music as a “sound painting,” opening up music as an organic material that cannot be owned: “No one owns music, no one invented music, it existed before the human species was created and may have played a part in the creation of man and womankind. Music lives in a world separate from the musician, a world of which we have only touched the surface” (34). In 2011, Parker’s second book,Conversations, was published by Rogue Art. Parker has been a mainstay at the Guelph Jazz Festival, having performed numerous times.

Amiri Baraka is a poet and playwright of incendiary rage and collective insight, who went from Beat poet to Black Nationalist and finally Marxist-Leninist. He left the planet on January 9, 2014. Among his most known works are the poetry collections The Dead Lecturer and Transbluesency: The Selected Poetry of Amiri Baraka/LeRoi Jones (1961-1965), his plays Dutchmen and A Black Mass, and his various works on Black music, such as Blues People and Black Music. Along with Ezra Pound, Amiri Baraka remains one of the most controversial and least understood American poets. As M.L. Rosenthal wrote, “No American poet since Pound has come closer to making poetry and politics reciprocal forms of action” (qtd. in Baraka Reader xxi). For Baraka, art was a weapon of revolution. Further, Baraka wrote some of the most insightful works on African American music, appropriately referring to the music as American classical music. His poetry was always musical, for as he states in Blues People, the poem must “swing—from verb to noun.” The “changing same” was his designation of the interplay between tradition and the individual talent in Afro-American music.

In 2007, William Parker released The Inside Songs of Curtis Mayfield with poet Amiri Baraka, a project that examines what was happening to the people through Mayfield’s enduring and empowering music and legacy. A discussion between Parker and Baraka—moderated by jazz and creative music radio personality Ron Gaskin—around this work, the nature of art and social change, and the very future of jazz took place during the 2007 Guelph Jazz Festival Colloquium. For this month’s Oral History we travel back to that lively 2007 panel discussion.