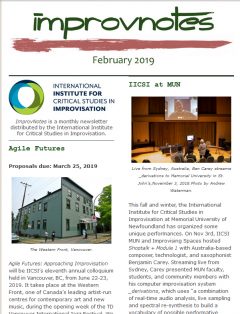 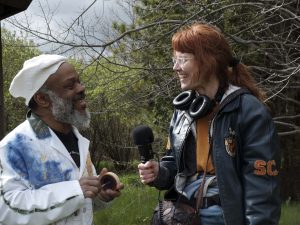 IICSI Graduate Research Assistant Rachel Elliott has been awarded her PhD in philosophy from the University of Guelph. Her research focused on music’s potential for social empowerment from a phenomenological perspective using Merleau-Ponty’s philosophy of embodiment. In her role with IICSI, Rachel produces and hosts Sound It Out, a biweekly radio program airing on CFRU, 93.3FM in Guelph. In December, she successfully defended her dissertation Collaborative Temporality: Merleau-Ponty and The Phenomenology of Music for committee members John Russon, Tracey Nicholls, and Kenneth Dorter, with David Morris (Concordia) as external examiner. Congratulations, Rachel! 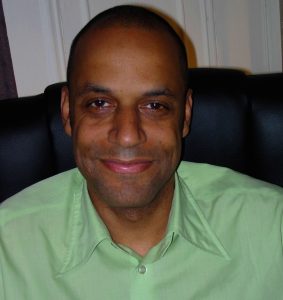 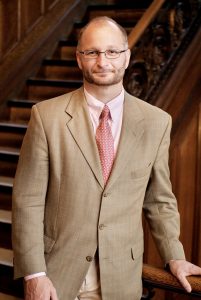 David Lametti has been a professor of law and an associate dean at Montreal’s McGill University. He is a founding Member of the Centre for Intellectual Property Policy (CIPP), and was its Director from 2009 to 2011. His research is in the areas of civil and common law property, intellectual property and property theory; his work investigates the parameters of traditional and intellectual resources in analytic terms, linking them to their underlying justifications and ethical goals. His current writing is grounded in the tradition of Virtue Ethics, and touches upon property, intellectual property and social norms. In addition to the above, congratulations are in order for David, who, on January 14th, was sworn in as Canada’s new Justice Minister and Attorney General of Canada! 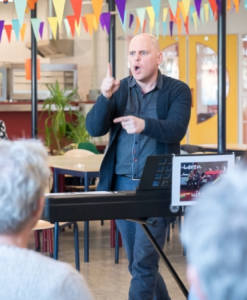 Now a professor at the University of Groningen, former IICSI postdoc Dr. Chris Tonelli is a soundsinger and researcher working on histories of vocal practice and reception. His forthcoming book Voices Found: Free Jazz and Singing will be published by Routledge as part of their Transnational Studies in Jazz series. Voices Found traces the histories of vocal and choral improvisation that have emerged from sound poetry, free jazz, and contemporary art music practices from the 1950s to the present. At a performance at Willows Nest in Berlin in January, Dr. Tonelli read excerpts from the book, and performed along with Berlin-based vocalists David Moss, Tomomi Adachi, and Ute Wasserman, as well as Canadian vocalist Gabriel Dharmoo. 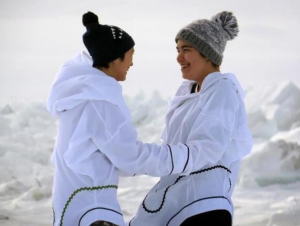 Throat-Singing at TIFF and Sundance

Two teenage musicians / filmmakers debuted a short documentary at two prestigious film festivals. This fall, Eva Kaukai and Manon Chamberland’s Katatjatuuk Kangirsumi (Throat Singing in Kangirsuk) premiered at the Toronto International Film Festival. The film, written by Emilie Baillargeon and Clark Ferguson and directed by the young musicians who also appear in it, was produced by the Wapikoni production company and filmed outdoors in Kangirsuk, their village in Nunavik, Quebec. The film made its US premiere this winter at Sundance in Park City, Utah. (Thanks to Sara Villa for sharing this news.) 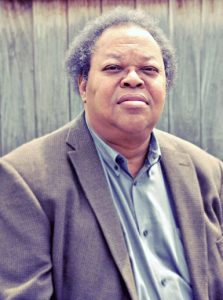 Leipzig-based music publisher Edition Peters announces that it has initiated a publishing relationship with IICSI researcher George Lewis. Soon to come is the publication of an initial five Lewis works: Anthem, Hexis, Memex, Mnemosis and The Will to Adorn, with more publications to follow later in 2019.

Spirit of Jazz and Democracy

In October, the US organization Spirit of Jazz & Democracy (SJD) gave an improvisation master class and presented performances at Loyola University. In January the group’s “Spirit of Innovation and Freedom” presented a panel with musician Paul Murphy and aircraft designer Pierre Sprey at the Patuxent River Naval Air Museum, along with a performance by the SJD ensemble.