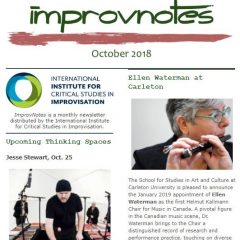 From the October 2018 issue of Improv Notes.

Improv Notes is edited and written by David Lee and assembled by administrative assistant Rachel Collins. If you have anything improvisation related that you would like included in the newsletter, please email [email protected]. 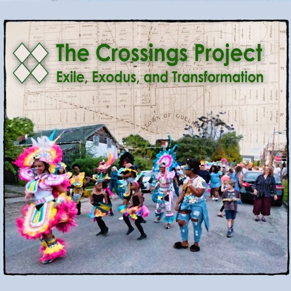 Video documentation of The Crossings Project is now available online. The Crossings Project: Exile, Exodus, and Transformation was a community music and multi-media event that was performed to a sold-out audience in Guelph in May 2018. This endeavour told the story of the trans-Atlantic slave trade (approximately 1526-1867) and the subsequent establishment of a Black community in Guelph, Ontario. Performers included Andrew Craig and Tabby Johnson, and the concert was complemented by a multimedia exhibition curated by Kerry-Ann Cornwall and Andrew Hunter. 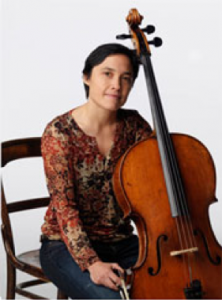 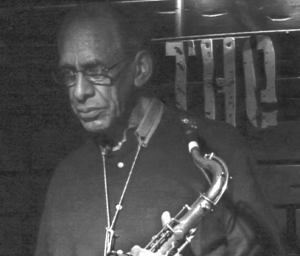 A new documentary by drummer and filmmaker Tom Surgal chronicles the birth and influence of free jazz. Fire Music premiered at the New York Film Festival on September 29. Positioning itself in direct opposition to Ken Burns’ well-known 2000 documentary Jazz, which referred to post-Ornette Coleman “free jazz” briefly and disparagingly, Fire Music foregrounds such artists as Albert Ayler, Sun Ra, Cecil Taylor, and many others.