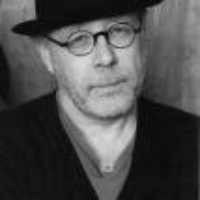 In his two decades at Guelph, Alan’s research has shifted focus from an emphasis on Canadian theatre history and the canons of Canadian drama, to an exploration of a wider field of theatrical practices. In his current SSHRCC-funded research, he looks into the history of political intervention theatre in Canada, to understand how theatricality was deployed as an expression of dissent and emergent political power in a culture that has held little regard or interest for  “the theatre” as an art form or entertainment commodity. Labour parades, fraternal society rituals, suffragist mock parliaments, street agitprop, insurgent walking tours: all demonstrate that in Canada, political intervention theatre has traditionally entailed a refusal of theatre as a disciplinary regime and artistic practice. The book out of that research published in Fall 2011, is titled Committing Theatre:  Theatre Radicalism and Political Intervention in Canada (Between the Lines Press). Teaching remains a core commitment for Alan, and one that he cherishes. In his graduate and senior undergraduate courses, Alan has been encouraging students to consider forms of performative research.