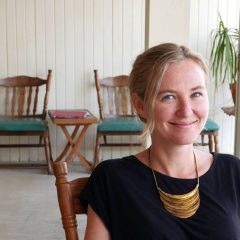 Carey West is a vocalist and educator whose professional experience motivates her research. She is interested in questions surrounding voice, agency and improvisation. Her MA thesis focuses on best practices and liberatory experiences during extended vocal technique and sound singing workshops. She is also interested in the work of teachers as influential cultural agents and the work of musicians as public pedagogues. Carey has performed at Roy Thompson Hall, as well as a for live broadcast on CBC RadioOne and she has held a residency at the Rex Hotel in Toronto. She continues to perform and record and her latest album “Made of Clay” was released in fall of 2017. Working as Event and Outreach Coordinator for IICSI, Carey treasures the opportunity to continue the conversation that surrounds musical as well as other forms of improvisation.