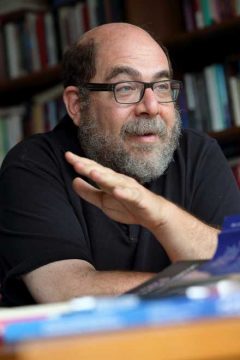 Dr. Weinstock holds a Canada Research Chair in Ethics and Political Philosophy and is the founding director of the Centre de recherche en éthique de l’Université de Montréal. He is a prize fellow of the Pierre Elliott Trudeau Foundation (2004), and a recipient of the André-Laurendeau Prize given by the Association canadienne-française pour l’avancement des sciences. His areas of expertise include the politics of language and identity, democracy, citizenship, and pluralism. He has also been an active participant in public policy in Québec, having been a member from 1997 to 1999 of a Ministry of Education working group on religion in public schools, and from 2003 to the present, the founding director of Quebec’s Public Health Ethics Committee. Dr. Weinstock holds a PhD in philosophy (Oxford University), and an MA in political philosophy and a BA in French literature and political philosophy (McGill University).