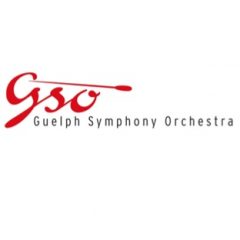 Currently under the leadership of Artistic Director Judith Yan, the orchestra provides performances of major symphonic repertoire to audiences in the City of Guelph and surrounding area. Comprised of musicians from the city and region, the orchestra performs regularly in the superb Mainstage Concert Hall of Guelph’s River Run Centre.

GSO has developed creative partnerships with Canadian performing arts organizations, including Opera on the Avalon and Canadian Opera Company Ensemble Studio. In 2012/13 season, members of the Canadian Opera Company Ensemble Studio performed with the GSO in a sold-out performance of “Die Fledermaus”; this season, vocalists from Opera on the Avalon will be featured in a Gala performance of Beethoven’s Symphony No. 9.

GSO has also engaged in important partnerships with musical organizations within the community, including the Edward Johnson Foundation, Guelph Youth Music Centre, and the award-winning Guelph Chamber Choir and Guelph Youth Singers. This season the orchestra looks forward to sharing the stage with the University of Guelph Choir and the Kilmarnock Singers.

Since the inception of the orchestra, GSO has always placed a significant focus on youth. The annual GSO Under-23 Concerto Competition was initiated in 2002, and in 2011 a partnership with GYMC established the Guelph Youth Symphony Orchestra.Other youth initiatives include the popular GSOKIds “symphony club” for children between the ages of 6 and 13 and our participation in River Run Centre’s Kinderconcert Series, three 20-minute concerts created especially for audiences aged 5 and under.

For more information about this IICSI partner please visit their website: guelphsymphony.com