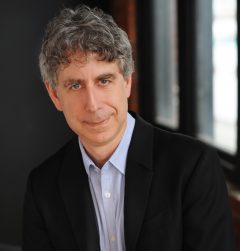 Joel Bakan is a professor of law at the University of British Columbia, and an internationally renowned legal scholar and commentator. A former Rhodes Scholar and law clerk to Chief Justice Brian Dickson of the Supreme Court of Canada, Bakan has law degrees from Oxford, Dalhousie, and Harvard. His critically acclaimed international hit, The Corporation: The Pathological Pursuit of Profit and Power (Free Press, 2004), electrified readers around the world (it was published in over 20 languages), and became a bestseller in several countries. The book inspired a feature documentary film, The Corporation, written by Bakan and co-created with Mark Achbar, which won numerous awards, including best foreign documentary at the Sundance Film Festival, and was a critical and box office success. Bakan’s highly regarded scholarly work includes Just Words: Constitutional Rights and Social Wrongs (University of Toronto Press, 1997), as well as textbooks, edited collections, and numerous articles in leading legal and social science journals. His new book, Childhood Under Siege: How Big Business Targets Children (Free Press) was recently released in paperback and has been published in several translations. Bakan, who is also a professional jazz guitarist, grew up in East Lansing, Michigan and now lives in Vancouver, Canada with his wife, Rebecca Jenkins, and their two children, Myim and Sadie.

Joel Bakan explains how his work is related to improvisation, why he is so passionate about his research, and why it is important to society and the humanities.