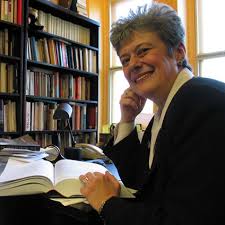 University of Toronto, Advisory Board Member

Linda Hutcheon holds the rank of University Professor of English and Comparative Literature at the University of Toronto. A specialist in postmodernist culture and in critical theory, on which she has published nine books, she has also worked collaboratively in large projects involving hundreds of scholars. It is the complex interrelations of theory with artistic practice that form the common thread in her academic work. She has been as interested in what art teaches us about theory as in the reverse. Her interdisciplinary collaborative work with spouse Michael Hutcheon on the intersection of medical and cultural history, studied through the vehicle of opera, has yielded three books thus far and they are currently studying creativity and age in the late style and later lives of opera composers. In the same spirit of interdisciplinary collaboration, for the last five years she has organized with the Canadian Opera Company, as series of symposia called the Opera Exchange, which offer the broader cultural and historical context for operas being performed by the company. The recipient of major fellowships and awards and numerous honorary degrees, in 2000 she was elected the 117th president of the Modern Language Association of America, the third Canadian to hold this position, and the first Canadian woman.