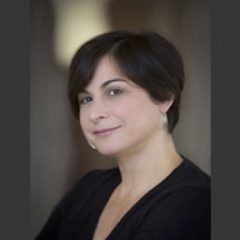 Lisa Barg teaches in the Schulich School of at McGill University. Her work on race and modernism during the interwar years has appeared in American Music and Journal of the Society of American Music. Her current research focuses on gender, sexuality and collaboration in jazz. Dr. Barg was awarded the 2014 Philip Brett Award for her article “Queer Encounters in the Music of Billy Strayhorn” in which she explored queer history and identity in jazz through composer Billy Strayhorn. Barg’s work on Strayhorn will also be found in her book, currently in progress, titled Dream: Billy Strayhorn, Queer History and Midcentury Jazz.