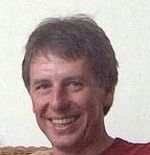 Winfried Siemerling is Professor of English at the University of Waterloo and an Associate of the W.E.B. Du Bois Institute at Harvard. He is currently completing his monograph The Black Atlantic Reconsidered: Black Canadian Writing, Cultural History, and the Presence of the Past, which will appear with McGill-Queen’s UP in 2014. His other most recent works are The New North American Studies: Culture, Writing, and the Politics of Re/Cognition (2005, French translation 2010) and Canada and Its Americas: Transnational Navigations (2010, co-ed.) and he has recently contributed chapters on Canada to The Cambridge History of Postcolonial Literature (2012) and on Slave Narratives and Hemispheric Studies to The Oxford Handbook of the African American Slave Narrative (2014). In addition, he has published further books and numerous articles and book chapters on Canadian literature, cultural difference and transculturalism, the innovative capacities of artistic production to create uncharted possibilities and new hopes, and the nexus between social and aesthetic practices and structures. Related interests include the Frankfurt School and the materiality of cultural mediation. Dr. Siemerling holds a Ph.D. and M.A. in comparative literature (University of Toronto) and an M.A. in English and Romance languages (Albert-Ludwigs-Universität Freiburg).