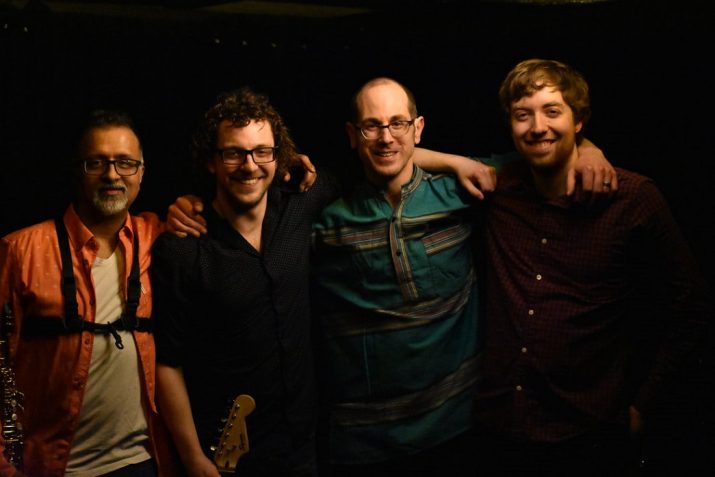 Ilios Steryannis is a respected jazz drummer and composer based in Toronto.  He is pleased to announce that he will be performing at Silence Sounds in Guelph on  Saturday July 7th, 2018!  His debut album “Bethany Project” released in early 2018 has received widespread critical acclaim and airplay worldwide, including four star reviews from AllAboutJazz, UK Vibe and Danish jazz critic Ivan Rod.  It has charted on the Roots Music Report’s international jazz chart, peaking at number 8.  It hit number 1 on Detroit-Windsor radio station CJAM 99.1 FM.  Most recently, the album received a strong review in the June 2018 issue of Modern Drummer magazine.

The music which Ilios has composed for this show will cover a wide variety of styles, moods and textures, ranging from Coltrane-esque post-bop to charging West African grooves, with some Mediterranean and Afro-Cuban flavours mixed in.  Two time JUNO nominee Sundar Viswanathan will be playing alto and soprano saxophones, Scott Neary, who has just returned from a tour of Turkey with Minor Empire, is on guitar, and, JUNO-winner Henry Heillig will be on electric and upright bass. The band has delivered a string of excellent shows so far this year, including performances in Toronto, Montreal and Ottawa.  They are truly excited and enthused to perform for their friends and fans in Guelph!