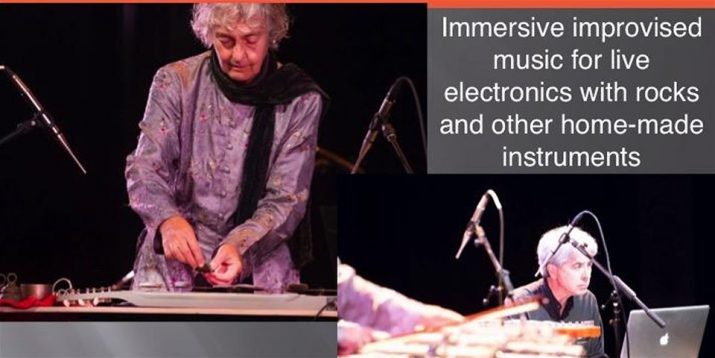 Gayle Young is a Canadian composer, musician, and author. Her music and sound installations include a wide variety of sound sources, from electronic and orchestral instruments to found stone and wood. In the late 1970s she developed notational systems and designed musical instruments to facilitate explorations in unusual tunings, and since 1993 has used multiple lengths of tuned tubing in outdoor sound installations. She continues to combine her interests in tuning and soundscape by recording environmental noise of highways, railways, rivers, and ocean shorelines through tuned tubing. Her 2017 CrossWaves uses underwater hydrophone recordings enhanced by electroacoustic processing.

Young has authored the biography of Hugh Le Caine (1914-1977) the foremost Canadian inventor of electronic instruments, portraying a fertile period of invention in science and the arts from the 1940s to the 1970s. She has written extensively about sound exploration, bringing attention to the exploration and experience of sound, and edited Musicworks Magazine for many years. Her invention and performance on her microtonal instruments, the Amaranth and Columbine, have been mentioned in several publications.

In 2014 she was awarded a residency in Italy as a fellow of the Civitella Ranieri Foundation, where she composed As Trees Grow for solo piano with electronics, premiered by Xenia Pestova at Café Oto, London, in February 2017. Following this concert she was visiting artist at the University of Groningen and Den Haag’s Royal Conservatoire.