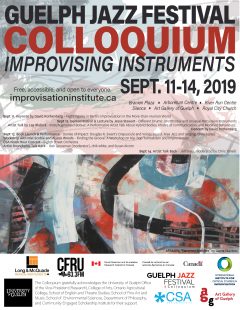 The 2019 Guelph Jazz Festival Colloquium: Improvising Instruments took place from September 11-14. The Colloquium kicked off at the Arboretum Centre on Wednesday night with a keynote address by David Rothenberg, who spoke about his music / book / film project, Nightingales in Berlin.

Thursday morning at Silence saw a series of talks and presentations. The morning began with a talk on unusual and rare instruments and their makers with Jesse Stewart and special guest Frédéric Bousquet that included the unveiling of Stewart’s euphone, custom built and delivered by Bousquet! 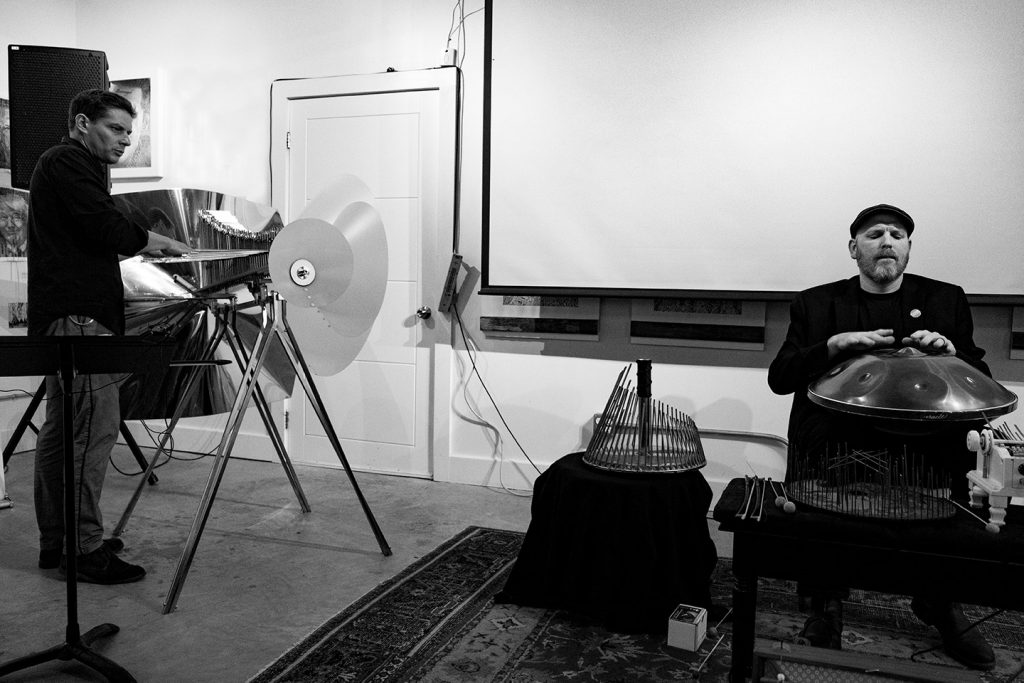 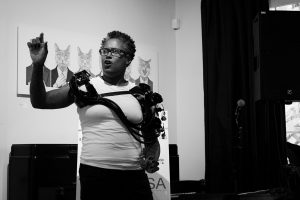 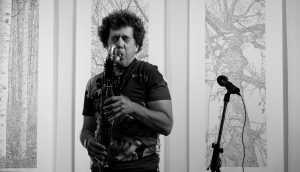 The third day began with a launch / celebration of two new books. From Chicago, multidisciplinary artist Douglas R. Ewart was on hand, along with editor Ajay Heble, to launch Stories of Impact: Douglas R. Ewart’s Crepuscule (IICSI and PS Guelph, 2019). This document and discussion of the community-engaged performance of Ewart’s ongoing project Crepuscule includes statements by—and a conversation between—the artist and editor, as well as pieces by Ed Sarath, Michael Collins, and Jeannette Hicks & Brian Lefresne.

Visiting from the University of Groningen was improvising vocalist Chris Tonelli, to celebrate his upcoming book Voices Found: Free Jazz and Singing (to be published by Routledge later this fall). Dr. Tonelli gave a quick history of the improvising vocalist, including the surprising ways in which unconventional vocal sounds can be perceived by listeners. The session concluded with an improvisation by Tonelli’s voice / body and Ewart’s didgeridoo, with percussive assistance from IICSI research assistant and Ewart’s Crepuscule project assistant Jeannette Hicks. 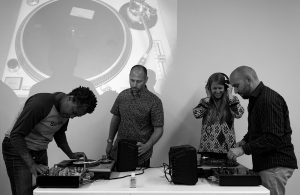 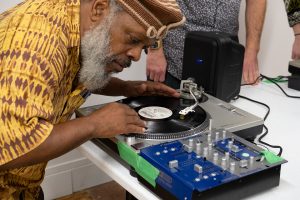 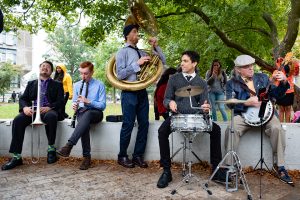 Eighth Street Orchestra jamming in the rain at Branion Plaza during the Guelph Jazz Festival Colloquium.

Thank you to all the presenters, sponsors, and attendees for helping to make the 2019 Guelph Jazz Festival Colloquium a success!