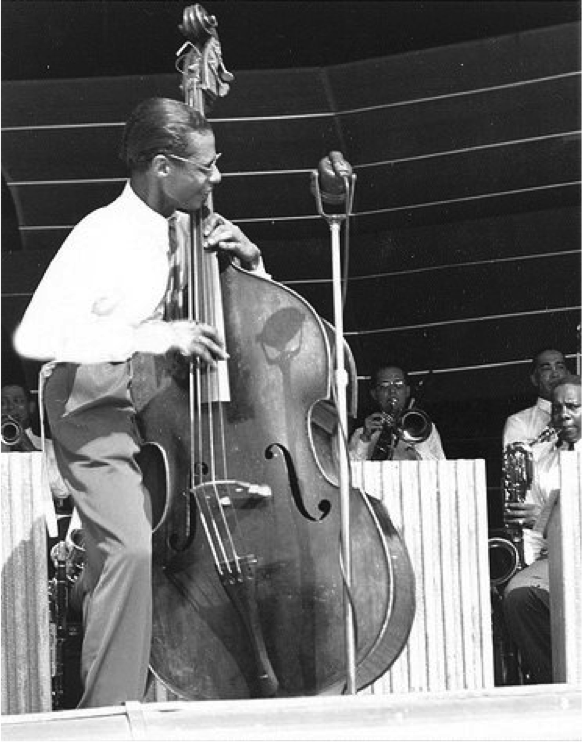 This month marks the birthday of African American contrabassist Jimmy Blanton, who was born in Chatanooga, Tennessee on October 5, 1918. Trained as a violinist, Blanton took up the bass while at Tennessee State University. In the popular music of the mid-1930s, the double bass—mostly unamplified, and still using gut strings—was rarely used to play anything but quarter notes. Blanton developed a technique of soloing with eighth- and sixteenth-note runs, introducing melodic and harmonic ideas that were previously the sole province of horn players and pianists. Duke Ellington, always alert for artists who were in his words, “beyond category,” heard Blanton playing in St. Louis with the Jeter-Pillars Orchestra in 1939 and hired him immediately. The bassist’s impact on the Ellington orchestra’s music was so profound that, since the great tenor saxophonist Ben Webster was also in the group during Blanton’s two years with Ellington, that particular unit is often referred to as the “Blanton-Webster band.” Fewer more influential musicians have had shorter careers; Jimmy Blanton died from tuberculosis at the age of 23 on July 30, 1942.