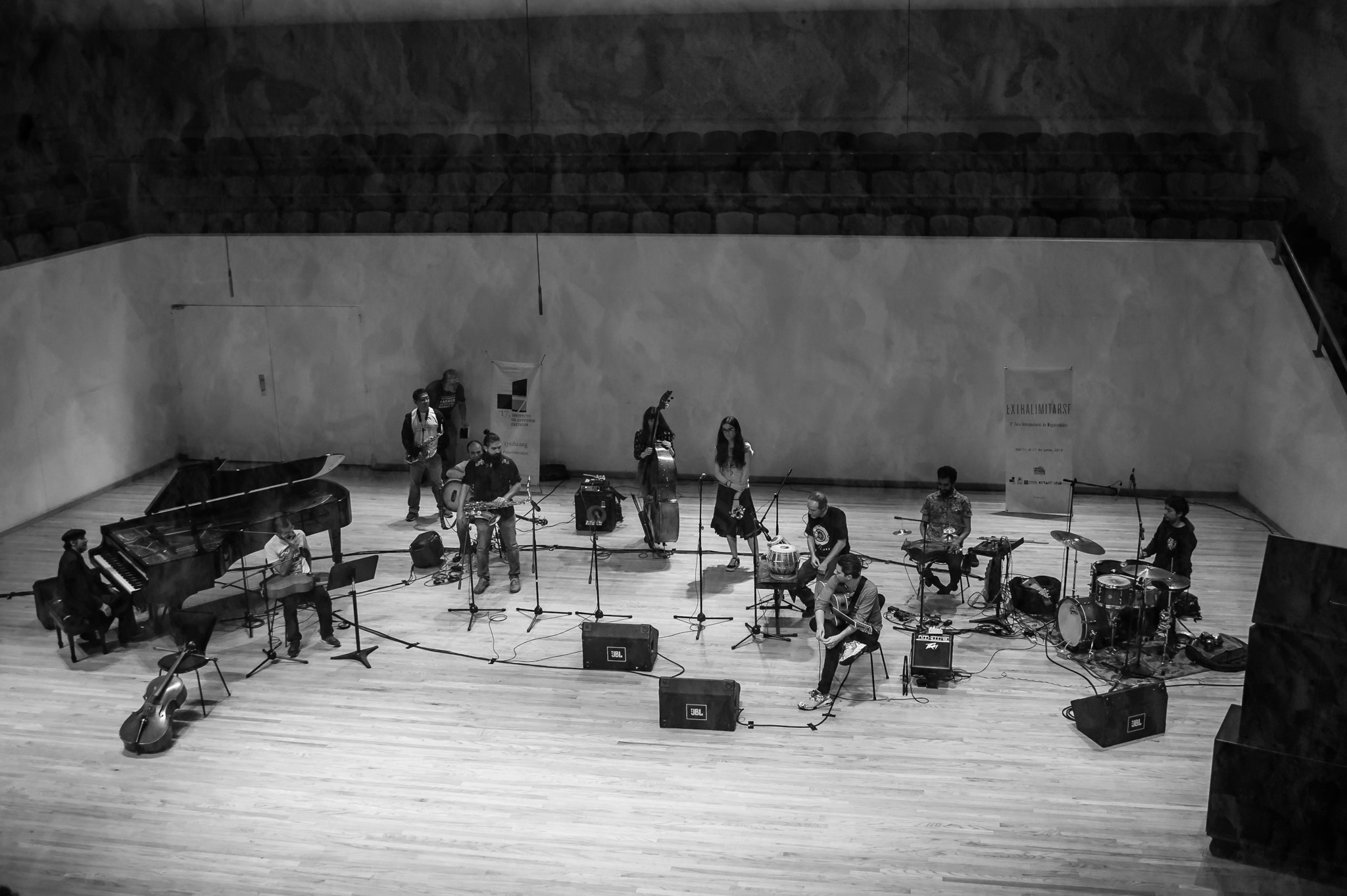 The award was granted for “his contribution to the social transcendence of musical improvisation,” said Benjamín Mayer, Director of the 17 Institute. Heble is founder and director of the IICSI, founder and co-editor of the journal Critical Studies in Improvisation/Etudes critiques en improvisation, and also founding artistic director of the Guelph Jazz Festival (1994 to 2016). Under his leadership, the festival gained a reputation as one of the most provocative and inspiring events worldwide.

Heble, the began his stay in Mexico City with a concert in the Fundación Sebastian along with the free-jazz group, Cíhualt.

As part of the week, Heble participated in a workshop with Alain Derbez, the musician and Mexican jazz historian who translated Heble’s book Landing on the Wrong Note: Jazz, Dissonance, and Critical Practice into a Spanish edition published by Universidad Veracruzana press in 2015 (Caer en la que No era. Jazz, disonancia y práctica crítica​). Heble and Derbez spoke and played in a lecture/workshop at the Rosario Castellanos Hall of the Casa de Lago, followed by a concert with Israel Cupich (double bass), Eli Wallace (piano), Mauricio Sotelo (stick and other invented instruments), Dres Wesley and Max Manzano (guitar), Alí Cayetano, Germán Bringas and Alain Derbez (saxophones), and Luis M.Costero and Gustavo Nandayapa (tabla).

His final appearance was as part of “ Oratoario de los Tepazones ” directed by Koulsy Lamko, in the Jaime Torres Bodet Auditorium of the National Museum of Anthropology, during the opening ceremonies of the “Extralimitarse”. Segundo Foro Internacional de Megaciudades.