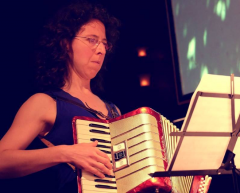 Still Listening, a three-day conference of talks and concerts, took place at the Institute for the Public Life of Arts and Ideas (IPLAI McGill) in Montreal from June 1-3, 2017. The conference was arranged in memory of Pauline Oliveros, the experimental American composer who was a central figure in new stances towards musical creation. She coined the term “Deep Listening.” “I feel that listening is the basis of creativity and culture,” Oliveros once said. “How you’re listening, is how you develop a culture and how a community of people listens, is what creates their culture.” An openly queer woman composer, Oliveros was a pioneer in many ways, and a key figure in contemporary American music.