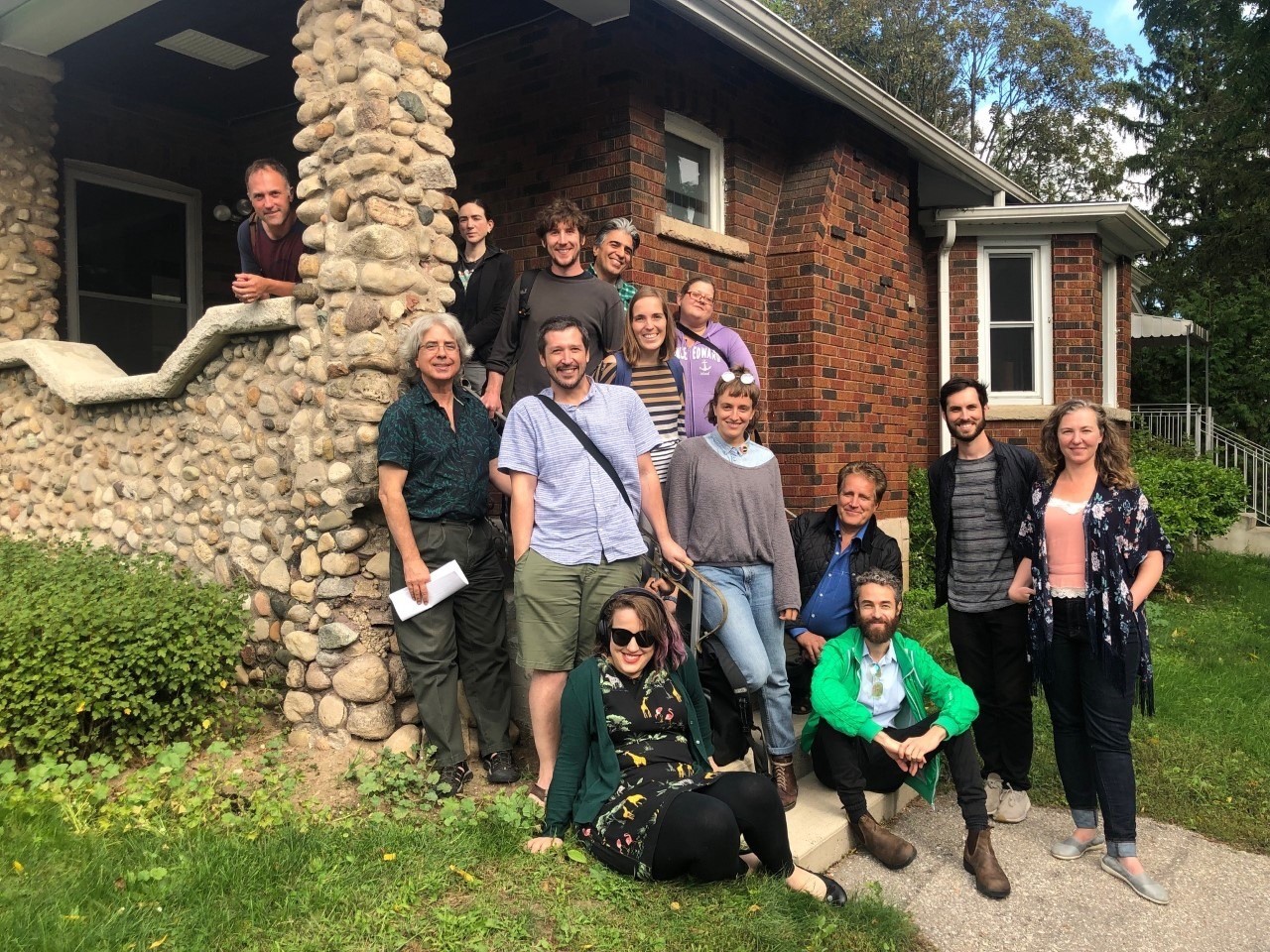 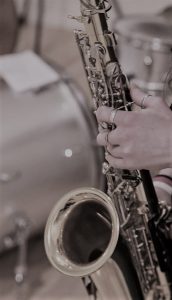 nn Westbere is a second-year PhD student in the Critical Studies in Improvisation Program. She holds a Masters of Arts in Sociology, a Masters of Arts in Political Science, and a BA Honours in Music and Political Science. Her graduate research focuses on the interrelationships between the arts, improvisation, and society. As a saxophonist, her musical repertoire includes a range of genres and styles with improvisation transcending across all of them. As one of the founding students of the U of G Music Peer Helper Program, Ann has always had an interest in various teaching and learning styles along with ways to facilitate engagement in learning environments. Ann has been attending and participating in events held by the International Institute for Critical Studies in Improvisation for several years. Now, as a graduate student in the Critical Studies in Improvisation program, she is taking a diverse range of courses in that field. 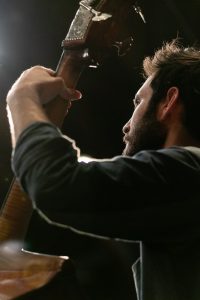 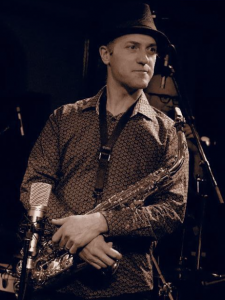 Brent Rowan is a professional community musician. As a Guelph-based saxophonist, Brent performs in a wide variety of musical collaborations, including 2009 and 2015 Juno-nominated Eccodek, Big Bands, smaller jazz combos, and creative music ensembles. Brent has performed and recorded all across Canada, the UK, and Germany, and at music festivals in Vancouver, Calgary, Toronto, and London, England to name a few. He has released three recordings of his own compositions; It’s About Time (2006), IZ (2012), and Where is Local (2016). Brent composes and arranges music for many of the groups he directs. He is the founding director of the Guelph Youth Jazz Ensemble and the New Horizons Band for Guelph. Brent teaches in the Community Music Program at Wilfrid Laurier University. He is also a clinician and adjudicator at music camps and festivals throughout southern Ontario, specializing in saxophone and improvisation concepts. Brent holds a Master of Arts in Community Music from Wilfrid Laurier University, a Bachelor of Music from Humber College, and a Bachelor of Mathematics from the University of Waterloo. 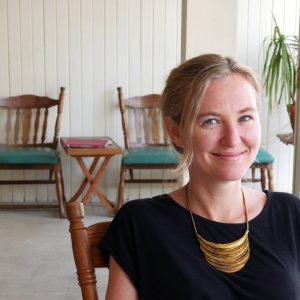 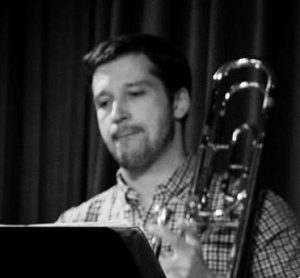 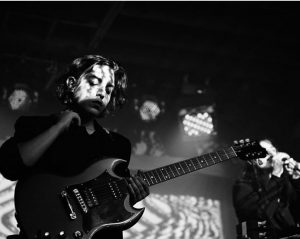 Emmalia Bortolon-Vettor is a guitarist and multidisciplinary researcher who is entering their first year of the MA program in Critical Studies in Improvisation. She has a  BA in psychology from Ryerson University and a Major in Music from the University of Guelph. Emmalia’s MA research aims to prototype an elementary school music curriculum that benefits the developing person; supplying skills in collaboration, emotional regularity, and self-awareness. Outside of research, Emmalia has recorded and produced multiple albums that have received national praise. Her current musical project is Bonnie Trash. Alongside her sister and co-creator of the group, Bonnie Trash blends Northern Italian folklore with creative research to present modern horror stories. Emmalia’s work in the local arts community includes coordinating the Girls Rock Camp Guelph chapter, live music and theatre curation, and live sound engineering. 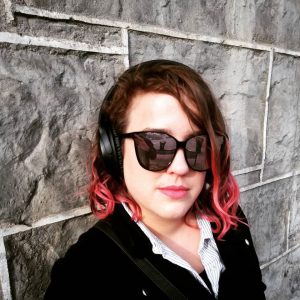 Erin Felepchuk is a singer-songwriter and poet, who is currently in their second year of the PhD program in Critical Studies in Improvisation. Erin has an MA in Music and Culture from Carleton University and a Bachelor of Music from Carleton University. From 2010 to 2016 Erin worked and performed as a singer-songwriter and released four albums. In their PhD work, Erin examines autistic culture and improvisation, and autistic stimming as an embodied cultural practice that has aesthetic value and is at the core of community-making strategies. Stimming refers to repetitive sensory practices in which autistic (and other neurodivergent) people engage, often to regulate emotional states, to cope with external sensory stimuli, or for the purpose of self-expression. As an autistic person, Erin views their own stimming as inseparable from their creative practice, as well as similar and inextricably linked to their consumption of musical and artistic forms. 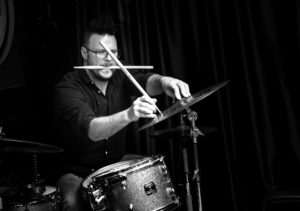 Canadian drummer and percussionist Joe Sorbara has spent nearly two decades developing a reputation as an imaginative and dedicated performer, composer, improviser, organiser, writer, and educator. He lives with his family in Toronto, having recently returned from two years in Vancouver where he received a warm welcome from many of the west coast’s most adventurous musicians.

Sorbara is a highly inventive musician who has played and recorded with the AIMToronto Orchestra, Ken Aldcroft, Jared Burrows, Anthony Braxton, François Houle, Evan Parker, Allen Ravenstine, Clyde Reed, and Friendly Rich as well as with many of his own projects including Never Was, Swamp People, The Imperative, Other Foot First, Reliable Parts, My Misshapen Ear, and the Imaginary Percussion Ensemble. He is equally comfortable playing jazz, free improvised music, indie rock, and chamber music; but is most at home when playing them all at the same time.

Sorbara is a long-time student of master drummer Jim Blackley. He has worked extensively as a workshop facilitator and guest lecturer across Canada and teaches in the Music Department at the University of Guelph. He holds an Honours Bachelor of Fine Arts in Music from York University in Toronto and a Master’s degree in English from the University of Guelph where he is now is now enrolled as a PhD candidate through the International Institute for Critical Studies in Improvisation. His main research interest is in the area of creative music pedagogy. 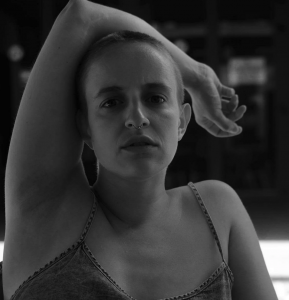 Judit Csobod is an enthusiast of music cultures, a supporter of socially and politically involved arts, and a veteran fan of free improvised music and punk. Over the years she has been involved with various alternative organisations across Europe. One example is a long association with the Mediawave Festival in Hungary, where she served in various functions, among others as program curator, international network representative, and festival coordinator. Another example is the Doek collective in Amsterdam, Holland where Judit was involved in starting a collective community calendar for the local creative music scene. She was also a part of the independent record label Barefoot Records in Denmark, Copenhagen as label and project manager. Judit is now working on a research project investigating the changing political horizons of improvised music scenes in Europe. Her research interests include institutional critique and alternative institutions, social ecology, old and new forms of radicalism, sub- and countercultures and related social movements, and anarchist philosophy and practices. 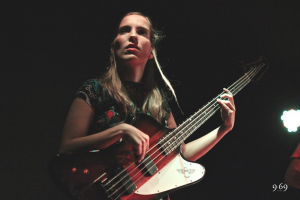 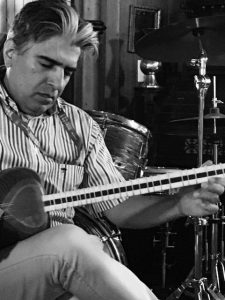 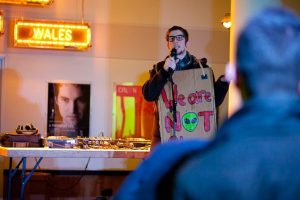 Steve Donnely is a live artist from Wales. His work explores and combines his interests in improvised play, performance studies, contemporary and historical uses of social space, popular culture, belief, and the commons.

Through playful research, interactive performance, place-making, and protest, Steve has collaborated with diverse audiences, communities and creative partners throughout the UK. Originally training as a devising performer, Steve’s work has grown to incorporate divergent approaches to exploring public space and the commons, including; devising, producing, and performing live art; touring site-responsive theatre and pervasive games; and organising grass-root campaigns and award-winning community spaces.

His research interests include; Infinite Play as Improvisation; critical walking, psychogeography, and vernacular speculative practices; and the use of humor in art.