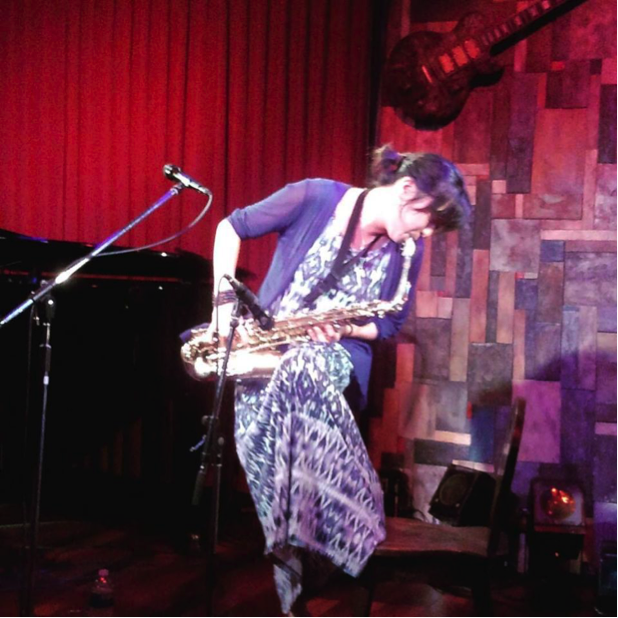 Japanese alto saxophonist Nonoko Yoshida recently toured several cities in eastern Canada, performing in Toronto, Hamilton, Montreal and Ottawa. Currently active in the downtown New York improvisation scene, Yoshida plays with Cyro Baptista, Ron Anderson’s PAK with Yoshida Tatsuya (Ruins), as well as her own band Pet Bottle Ningen. In New York, Yoshida has been studying with veteran composer / improviser Ned Rothenberg, and she brings a composer’s sensibility to her delicate interface of background electronics with vigorous solo horn playing. At Suoni Per Il Popolo in Montreal, she opened for Ken Vandermark, who writes, “Nonoko Yoshida … used constructed loops in an advanced way, building compositions instead of vamps to solo over. The room was full of people who displayed much deserved enthusiasm for her set.” In her integration of relaxed lyricism and phrasing, with adventurous playing that uses the full resources of the horn, Nonoko Yoshida has the potential to become a major figure in the network of alternate performance spaces and concert series that are materializing, often in smaller communities, to fulfill a growing interest in alternative performance.