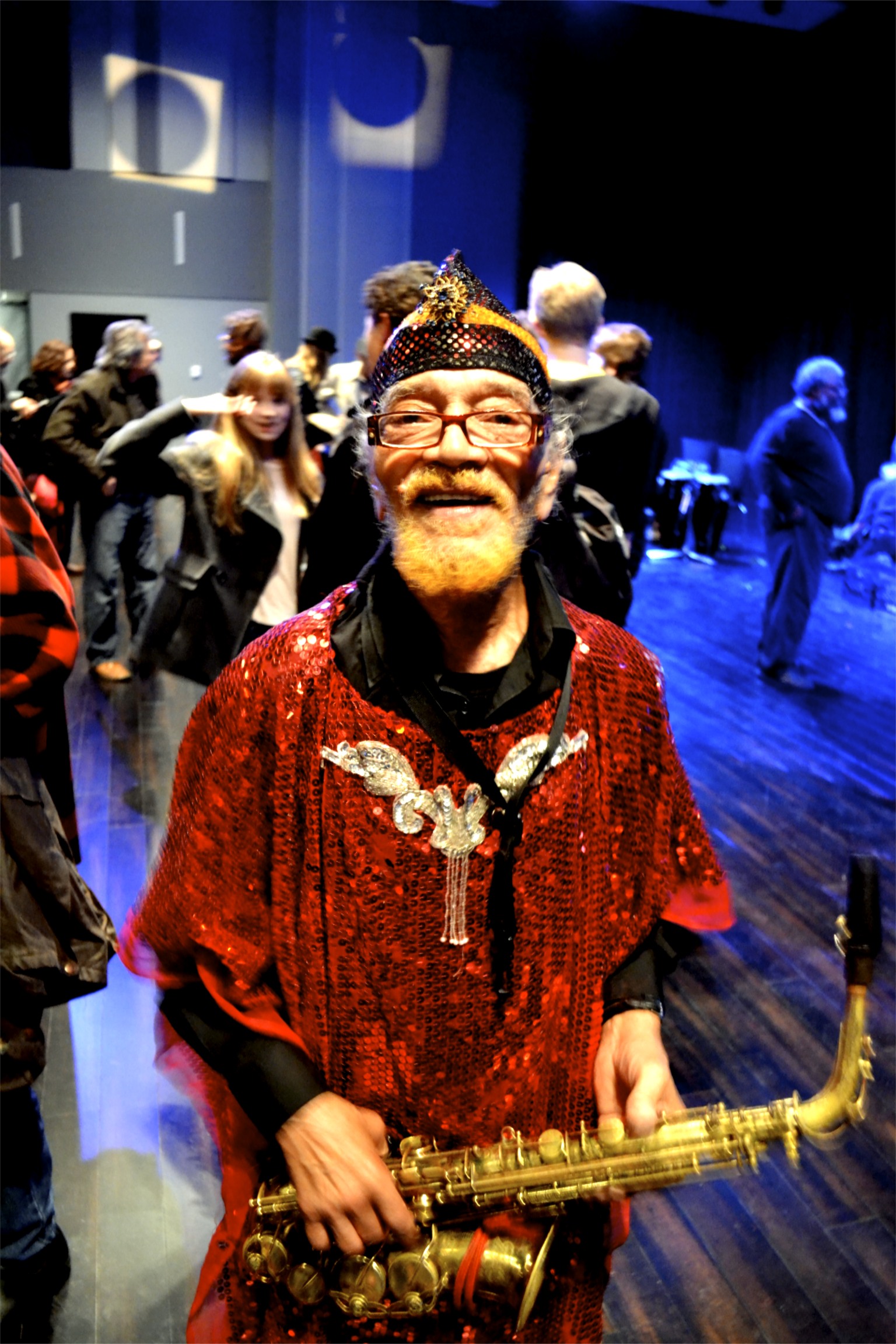 Pictures by Paul Watkins from Space is the Place: Sun Ra Arkestra, students from the Regent Park School of Music and the dancers of Coleman Lemieux & Compagnie. Toronto, Oct. 20th, 2012.

Sun Ra, who thought of himself as much as a scientist as a musician, used space, music, and improvisation as ways to escape the material world and, to contemplate cosmic realities. This year makes the arrival of Sun Ra on planet earth. In honour of this occasion, the Guelph Jazz Festival will feature (yes, all the way from Saturn) the Sun Ra Arkestra, under the direction of Marshall Allen, in a collaborative performance, “Hymn to the Universe,” with the renowned Canadian dance company Coleman Lemieux & Compagnie.

From the mid-1950s up until he left the planet, Sun Ra led the Arkestra (a neologism combining “Ark” with “orchestra”), a large ensemble with a perpetually changing and flexible lineup. While the Arkestra went through various versions, the core members remained: Marshall Allen, John Gilmore, June Tyson, and others. Reflecting the improvisatory nature of the music and message, the Arkestra often went under various names, such as “The Solar Myth Arkestra,” the “Blue Universe Arkestra,” “Myth Science Arkestra,” and many other incarnations. After Sun Ra returned to Saturn, the Arkestra was led by tenor saxophonist John Gilmore who also left the planet in 1995. The Arkestra continues to tour and spread the sound of joy to audiences around the world and has remained under the direction of longstanding member and eminent alto saxophonist Marshall Allen who recently turned 90.

The Arkestra builds on the characteristic fundamentals of the jazz orchestra, mixing in a varied tapestry of rhythm, colour, and the unexpected. For their performance in Guelph, the Arkestra will be accompanied by the Coleman Lemieux & Compagnie. Founded in Quebec in 2000 by individually renowned dancers/choreographers Bill Coleman and Laurence Lemieux, Coleman Lemieux & Compagnie have collaborated with a wide variety of artists, including countertenor Daniel Taylor and contemporary composers Gordon Monahan and John Oswald. “Hymn to the Universe” is their collaboration with Marshall Allen and the other performers of the spectacular Sun Ra Arkestra.

The Arkestra will also lead a parade/performance in Market Square on Saturday September 6th at 2:00 pm. Both the parade and evening concert are must-see performances. As Ajay Heble writes: “As artistic director of a festival dedicated to presenting some of the most ‘out’ jazz on the planet, I’ve learned from Ra’s example. I’ve learned that other futures, futures not confined to scripted or predefined ways of knowing or doing, are possible: who, after all, would have imagined 21 years ago that a small and unassuming university town in Southern Ontario would become known as a must-go ‘out jazz’ destination for musicians and audiences from around the world?” To purchase tickets, click here. 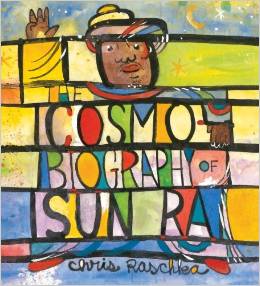 Also, check out the latest book on Sun Ra from Chris Raschka.