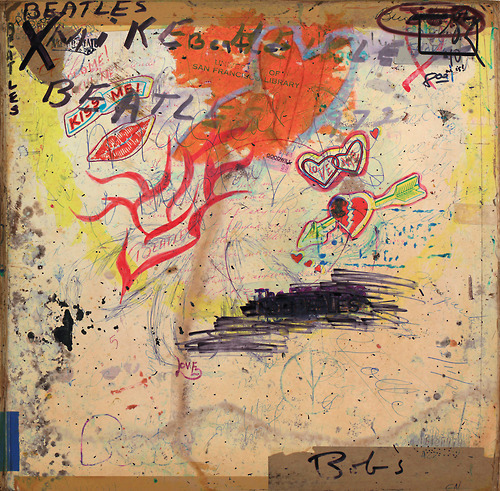 Since little could be found out about Chang himself, other than the fact that he is an artist based in Shanghai and New York, who is known for his mathematically conceived artworks of various cultural iconographs, this write-up focuses on his latest art project, We Buy White Albums, and the recording that came out of it. Improvisation takes many forms, and conceptual artist Rutherford Chang’s layered version of The White Album discovers new possibilities for thinking about material properties, cultural artifacts, and technology. 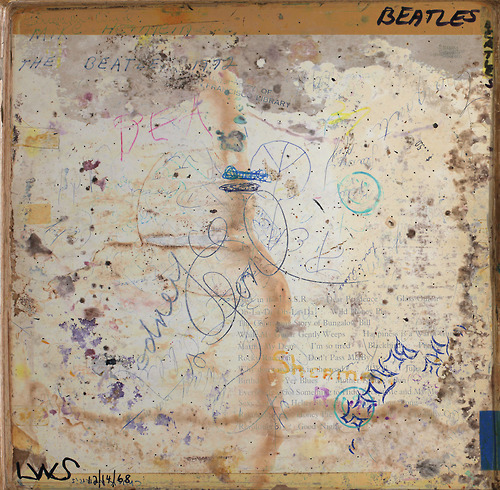 Rutherford Chang has been getting a lot of press for his art project, “We Buy White Albums.” He acquired numerous copies of The Beatles’ White Album and displayed them in a gallery that was made to resemble a record shop that only carries the iconic double album. All of the albums are first-pressings and Rutherford Chang’s website now lists the total number of copies at 918. At some point during the exhibit (here’s an interview on the process), Rutherford thought, “I wonder what it sounds like if you play 100 copies of The White Album at once?” And that’s exactly what Chang’s The White Album does: 100 (45 year-old) first-pressings of The White Album are synced up in a bizarre sound collage that moves in and out of the familiar and into the choral and cacophonous. Each copy of the record (pressed in a very limited run) is unique, and given the slight sound variations in pressings, and the natural and scratched wear of vinyl, the listening experience captures the distinct history of each record. We start off with a familiar, but muddier version of “Back in the U.S.S.R,” and then move into uncontrollable new territory as the records slowly coast out of sync over the course of each side. Chang even layered the gatefold cover and disc labels with the worn and hand-drawn originals to create a visual collage that reworks the featureless original and highlights the individual history of each copy.

Of course, some purists might disavow the album, while others will welcome this innovative project as being in line with the experimental spirit of late-period Beatles. Even though the project is very mathematical (given the precise cataloging), might its ability to rethink cultural artifacts as agents that embody memories and change tell us something about improvisation?

Have a listen for yourself here.