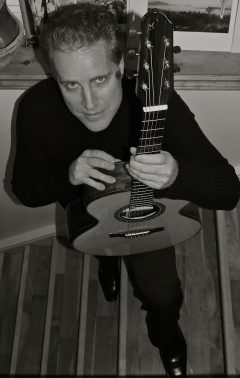 University Research Chair Daniel Fischlin is a leading Canadian humanities researcher who has produced important cross-disciplinary work, including some sixteen books with a wide variety of international presses. His most recent books include (with Ajay Heble and George Lipsitz) The Fierce Urgency of Now: Improvisation, Rights, and the Ethics of Cocreation (Duke UP) and a co-authored book with Martha Nandorfy entitled The Community of Rights • The Rights of Community (Oxford UP), the third in a trilogy of books co-written with Dr. Nandorfy on rights issues. Fischlin has received several major awards for teaching excellence and is to date the only winner from the Humanities of the prestigious Premier’s Research Excellence Award. He is a multiple award winner of SSHRCC grants as an independent researcher and as a core investigator on the MCRI and Partnership Fund grants. Associated with the Improvisation, Community, and Social Practice (ICASP) project and the International Institute for Critical Studies in Improvisation (IICSI). Dr. Fischlin serves as the General Series Editor for Oxford University Press’s unique re-edition of the Shakespeare plays (Shakespeare Made in Canada) from a specifically Canadian point of view, featuring prominent Canadian scholars and authors. He also serves as the General Series Editor of Duke University Press’s series entitled Improvisation, Community, and Social Practice, a key component of the research outcomes associated with the ICASP project.