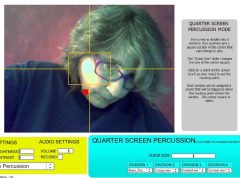 Sherrie Tucker (Professor, American Studies, University of Kansas) is the author of Dance Floor Democracy: the Social Geography of Memory at the Hollywood Canteen (Duke, 2014), Swing Shift: “All-Girl” Bands of the 1940s (Duke, 2000) and co-editor, with Nichole T. Rustin, of Big Ears:  Listening for Gender in Jazz Studies (Duke, 2008). She is a member of two major collaborative research initiatives: International Institute of Critical Improvisation Studies and Improvisation, Community, and Social Practice (for which she served as facilitator for the Improvisation, Gender, and the Body research area) both funded by the Social Sciences and Humanities Research Council of Canada. She is a founding member of the Melba Liston Research Collective, a member of the AUMI (Adaptive Use Musical Instrument) research team of the Deep Listening Institute, and founding member of AUMI-KU InterArts, one of six member institutions of the AUMI Research Consortium. She was the Louis Armstrong Visiting Professor at the Center for Jazz Studies at Columbia University in 2004-2005, where she was a member of the Columbia Jazz Study Group. With Randal M. Jelks, she co-edits the journal American Studies. She serves with Deborah Wong and Jeremy Wallach as Series Editors for the Music/Culture Series at Wesleyan University Press.