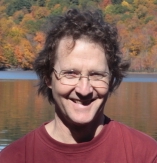 Stephen McAdams studied music composition and theory with Julia Hansen at De Anza College in California before entering the realm of perceptual psychology (BSc in Psychology, McGill University, 1977; PhD in Hearing and Speech Sciences, Stanford University, 1984). In 1986, he founded the Music Perception and Cognition team at IRCAM, a world-renowned music research centre in Paris. While there, he organized the first Music and the Cognitive Sciences conference in 1988, which subsequently gave rise to the three international societies dedicated to music perception and cognition, as well as the International Conference on Music Perception and Cognition. He was Research Scientist and then Senior Research Scientist in the French Centre National de la Recherche Scientifique (CNRS) from 1989 to 2004. He took up residence at McGill University in 2004, where he is Professor and Canada Research Chair (Tier 1) in Music Perception and Cognition, renewed twice in 2011 and 2018. He directed the Centre for Interdisciplinary Research in Music, Media and Technology (CIRMMT) in the Schulich School of Music from 2004 to 2009. His research interests include musical timbre perception, sound source perception, the cognitive and affective dynamics of musical listening, and establishing a psychological foundation for a theory of orchestration practice.