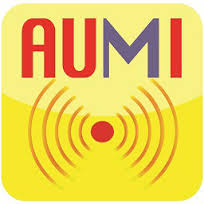 The AUMI Consortium is an international research group dedicated to exploring, sustaining, developing, and sharing the Adaptive Use Musical Instrument, a free software download interface that uses camera tracking to facilitate music-making across all abilities. Originally a project of the Deep Listening Institute (DLI), the AUMI is now situated in the Center for Cognition, Communication and Culture (CCC) in conjunction with the Center for Deep Listening (CDL) at Rensselaer Polytechnic Institute (RPI). In addition to the consortia site at RPI, AUMI-CDL/CCC, member institutions include Carleton University, Lakehead University, McGill University, Memorial University, and University of Kansas. Each consortia site includes at least one ICASP/IISCI researcher.

RECENT NEWS from AUMI-CDL/CCC: Technical development on AUMI devices and interfaces continues with outreach to RPI departments of computer science and engineering. The AUMI training program will be funded by the Gould Foundation with AUMI Trainer Leaf Miller and iPad developer Henry Lowengard. Miller will be training RPI students to teach students with disabilities at the Art Center in Troy. Miller and Lowengard will make presentations at the Montreal IICSI conference in June 2015. Miller will offer training on both iPad and laptop applications.

AUMI-McGill reports: In partnership with the Mackay Center School, researchers at McGill continue their year-long research project on the educational value of AUMI for primary school aged children with disabilities. This research has recently received funding from The Rick Hansen Foundation to purchase iPads and laptops for the school. In addition, five SPOT (School of Physical and Occupational Therapy) MSc students are working on the creation of a pedagogic protocol manual for the use of AUMI in primary schools, and two additional OT’s are working with the students every week. Three McGill-based researchers are now working on creating new adaptive interfaces, assisting in the coding and tweaking of AUMI, and researching into the next generation of AUMI. In June 2015 the conference on Improvisation and Community Health at McGill will feature a day focusing on AUMI, adaptive technologies and related issues.

AUMI-KU InterArts: news from Kansas includes the launch of a digital oral history project by Women, Gender, and Sexuality graduate students Ashley Mog and Liam Lair, on the October 2013 mixed ability performance, “(Un)Rolling the Boulder: Improvising New Communities.” In addition, their print article on the oral history project has been accepted for publication in Oral History Review. Music therapist Elizabeth Boresow is conducting research on the use of the iPad AUMI app in teaching cause and effect, and in helping caregivers, therapists, and teachers learn more about experiences of cause and effect among non-verbal children with severe multiple disabilities.