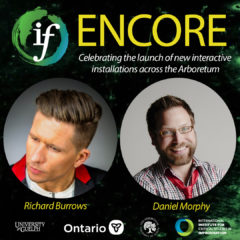 This Saturday, October 16th, IICSI is thrilled to be hosting live music in the Arboretum to celebrate the launch of a new installation project!

Join us at 1 pm on the Memorial Forest boardwalk (see directions below) for a pop-up, physically distanced, improvised musical performance by Richard Burrows and Daniel Morphy of TorQ Percussion Quartet, one of the most innovative and prolific percussion groups in Canada. This performance marks the launch of IF: Encore, a series of signposts installed throughout the Arboretum featuring QR codes, which you can scan to relive incredible improvisational performances filmed in those locations and originally shown at previous iterations of the IF Improvisation Festival. From the Wild Goose Woods Trail to the Arboretum Centre, you can venture through the Arboretum at your own pace to track down performances by Matt Brubeck & Ben Grossman, François Houle, Standpartners, Richard Burrows, and Reza Yazdanpanah. Check out the map located below for more info on signpost locations.

PLEASE NOTE: As of October 15th, full vaccination is required to attend any organized event at U of G. Please complete the COVID screening form before attending: https://uoguelph.eu.qualtrics.com/jfe/form/SV_4Ntfm8k1oXAPssm 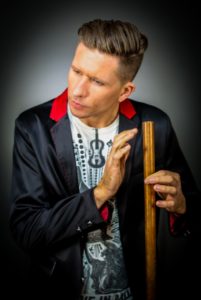 RICHARD BURROWS has had a substantial career throughout North America, Europe, Mexico, Australia, and Asia. Having earned two Master’s degrees from the University of Toronto, Richard has honed his craft to create a unique approach in both education and performance. An avid educator, Richard has adjudicated and facilitated masterclasses with a specialization in improvisation. As an active freelance musician within his community and beyond, he has organized and performed in numerous events under the auspices of Open Ears Festival where he is the artistic director, with famed bass clarinetist Kathryn Ladano in “Stealth,” with new music projects for InterArtsMatrix, was a principle cast member of ScrapArtsMusic and is a founding member of TorQ Percussion Quartet. TorQ has commissioned over 100 pieces for percussion quartet, including concertos by Nicole Lizee and Dinuk Wijeratne. Richard endorses Yamaha Canada Music, Innovative Percussion, Dream cymbals and gongs, and Black Swamp Percussion. 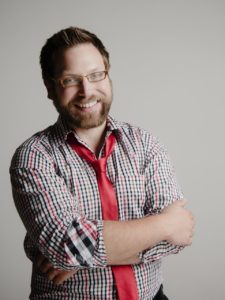 DANIEL MORPHY’s virtuosity and versatility are his core strengths as a performer and collaborator in the Toronto and GTA music scene. Best known for being a founding member of the TorQ Percussion Quartet, Morphy has also worked with notable ensembles and organizations including the Toy Piano Composers, Soundstreams Canada the Evergreen Club Contemporary Gamelan, the Ken Shorley Trio, the Arkora New Music Collective (Vancouver) and Haus Musik (San Fransisco), the Toronto Symphony, and The National Ballet and the Esprit Orchestra. An active composer, arranger and music creator, Dan has received commissions by the Park Sounds viola and percussion duo, the Toy Piano Composers Ensemble, and the Newman Sounds Men’s Choir of NFLD. Dan can be heard both as a composer and performer on CBC, NAXOS, Centrediscs, TSO live, MTV and Bedoint Records. He became an associate composer of the Canadian Music Centre in 2014. He received a Bachelor in performance at the University of Toronto and an Artist diploma at the Glenn Gould School at the Royal Conservatory, as well as attending the Tanglewood and Aspen summer institutes.

The 1 pm performance by Richard Burrows and Daniel Morphy will take place on the Memorial Forest boardwalk in the University of Guelph Arboretum. If you are arriving by car, park at the campus entrance, not the College St. entrance—follow the Wall-Custance Memorial Forest Trail signs (and the music!) to the boardwalk nearby. This is an accessible, open-air space. If you are walking, biking, or rolling to our event, you can follow this Google Map to find the best route, and use the photos below for reference.

The IF Encore Installations are located throughout the Arboretum. Refer to the map below for installation sites: 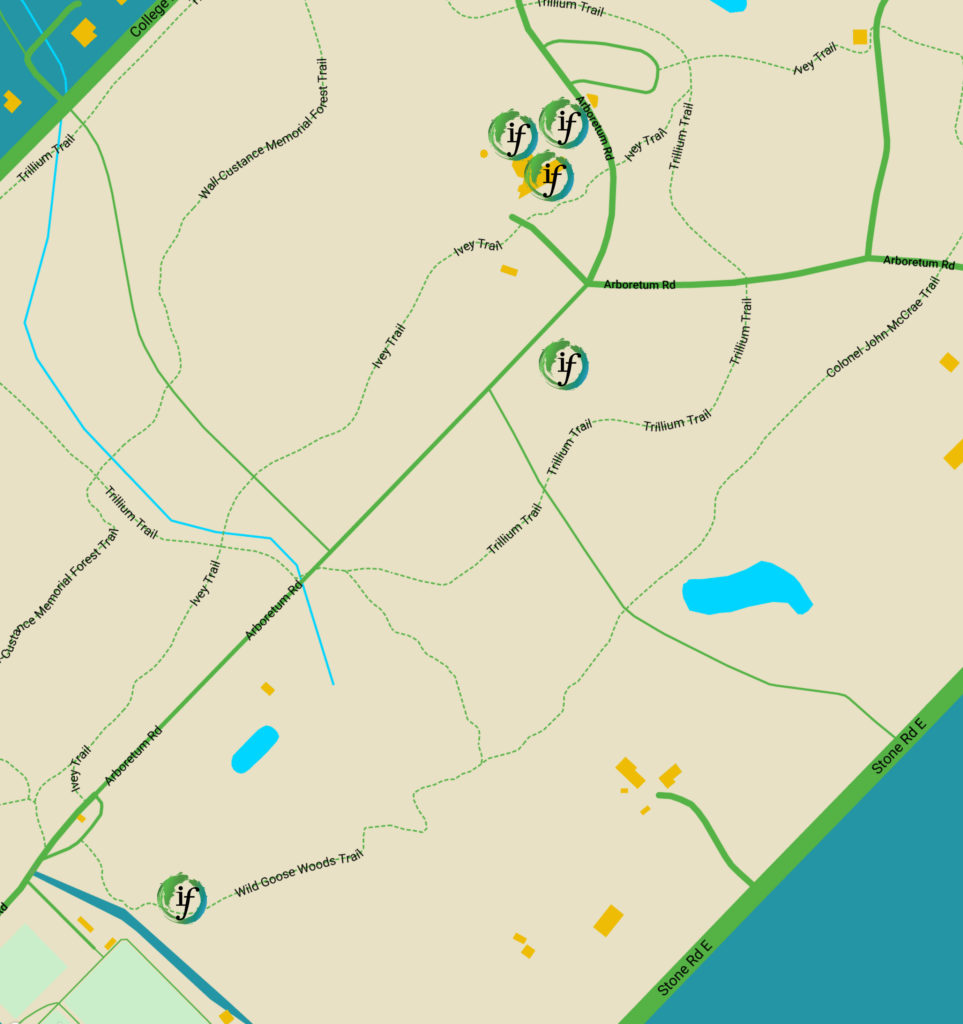 IF Encore is funded in part by the Government of Ontario and co-presented by the Arboretum and the International Institute for Critical Studies in Improvisation at the University of Guelph.