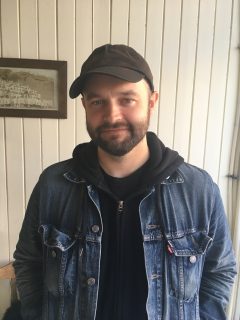 Chris Worden is a PhD candidate in Sociology at the University of Guelph. His MA Sociology thesis research, also conducted at Guelph, was an analysis of social media discourse surrounding an allegation of sexual violence in New York City’s avant-garde music scene. His PhD research concerns issues of diversity and cultural justice in the curatorial and administrative structures of arts organizations. Chris is active as a performing musician and currently performs with several bands based in Toronto and Guelph, in addition to ad hoc improvisational duos and groups. He was a co-director and the primary curator of the Electric Eclectics Festival in Meaford, Ontario from its founding in 2005 until December 2018, and is a member of the Toronto music scene activist collective NASA (Noise Against Sexual Assault). He also sat on the board of directors for Kazoo! Festival in Guelph, and has worked as a record label operator, a tour manager, and as a curatorial consultant for various music events and festivals.