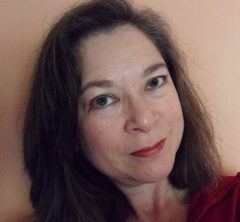 Deborah Wong is an ethnomusicologist and Professor of Music at the University of California, Riverside. She specializes in the musics of Asian America and Thailand and has written two books, Speak It Louder: Asian Americans Making Music (Routledge, 2004) and Sounding the Center: History and Aesthetics in Thai Buddhist Ritual (University of Chicago Press, 2001). She served as President of the Society for Ethnomusicology from 2007-09 and is very active in public sector work at the national, state, and local levels. She serves on the Smithsonian Institution’s Center for Folklife and Cultural Heritage Advisory Council, which oversees the Smithsonian Folklife Festival, Smithsonian Folkways Recordings, and a number of cultural policy efforts. She is currently President of the Board of Directors for the Alliance for California Traditional Arts. She is a series editor for Wesleyan University Press’s Music/Culture series and also serves on the Editorial Committee  for the University of California  Press.