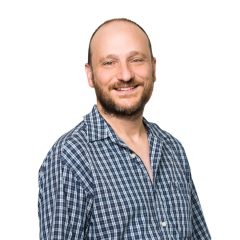 Tom Scholte is Professor in the Department of Theatre and Film at UBC where he teaches acting and directing for stage and screen. He has performed for such theatre companies as Vancouver’s Arts Club, Playhouse, Ruby Slippers, Boca del Lupo, and Pi Theatre, Toronto’s Modern Times Stage Company, and Nakai Theatre of Whitehorse. Tom is a founding member of Neworld Theater, as well as the founder and artistic director of Theatreshop.

His numerous screen credits include a Genie nominated performance in the feature film, Last Wedding, which opened the Toronto International Film Festival in 2001,the Leo award winning short film Exposures, and a Gemini winning performance on the acclaimed CBC drama series, Da Vinci’s Inquest. His most recent film, The Dick Knost Show, won the Vancouver International Film Festival award for best BC film in 2013.

He has published on the use of improvisation in the rehearsal of scripted plays inCanadian Theatre Review. His research on cybernetics in the Stanislavski System of Acting and the theatre as a modeling facility for complex social systems has been featured in the journals Kybernetes and Constructivist Foundations, and was featured in New Horizons for Second-Order Cybernetics (Global Scientific Publishing, 2017).